There are concerns that up to 2000 jobs in Australia could be at risk following the failure of the world's largest privately-owned coal producer.

Peabody Energy has filed for bankruptcy protection in the United States because the sharp fall in coal prices has left it unable to repay its debts. 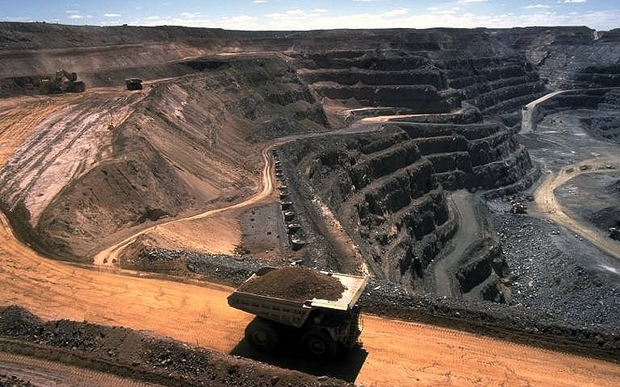 The Australian mining union has warned that jobs could go in Australia after the world's biggest coal miner, Peabody Energy, sought bankruptcy protection in the US.

Peabody said its 10 Australian mines in Queensland and New South Wales were not affected by the move and Federal Resources Minister, Josh Frydenberg, said he was confident that local workers would not lose their jobs.

Peabody Energy said its Australian subsidiary employs 2,305 workers, evenly split between Queensland and New South Wales, but Mr Frydenberg said it was closer to 3,500 when contractors were included.

However, national president of the Construction, Forestry, Mining and Energy Union (CFMEU) Tony Maher said he was worried the bankruptcy of the US parent could see some of Peabody's Australian mines sold off.

"There is a risk with those financial figures of them being sold," he said.

Mr Maher said Peabody Energy's commitments to Mr Frydenberg that it would not cut Australian jobs were basically worthless.

"No company can give those guarantees," he said.

Mr Frydenberg conceded that Peabody Energy could sell some of its Australia mines during the bankruptcy process.

"Potentially that is absolutely the case, but that is not what they said to me," he said.

Peabody Australia owes more than its assets are worth

The bankruptcy filings said that Peabody Energy had total assets of $US11 billion and total liabilities of $US10.1 billion as of December 2015.

Peabody Energy was saddled with debt after it took over Queensland miner Macarthur Coal in 2011 at the height of the mining boom.

Its Australian subsidiary, Peabody Australia Holdco, is also debt laden according to its financial accounts for 2014 lodged with corporate regulator, the Australian Securities and Investments Commission.

In addition to the parent's $US10.1 in debt, Peabody Australia owed $10.5 billion at the end of 2014 while its total assets were worth just $7 billion.

That means it owed $3.8 billion more than its assets were worth in December 2014. The firm also posted a loss for the year of $1.2 billion.