"You are now calling Sweden. You will soon be connected to a random Swede, somewhere in Sweden."

This is how the calls start, before a long dial tone, then a click, and a voice on the other side. The other side of the world, that is.

A Swedish tourism firm has launched a landline that lets international callers connect to a randomly selected Swede to talk about anything and everything on their minds.

Ordinary Swedes have been downloading the mobile app to volunteer, and have received around 45 calls each in the 5 days since the app was launched.

It sounds great in theory, but I admit I was a little nervous dialing the number for the first time, unsure of what awaited. 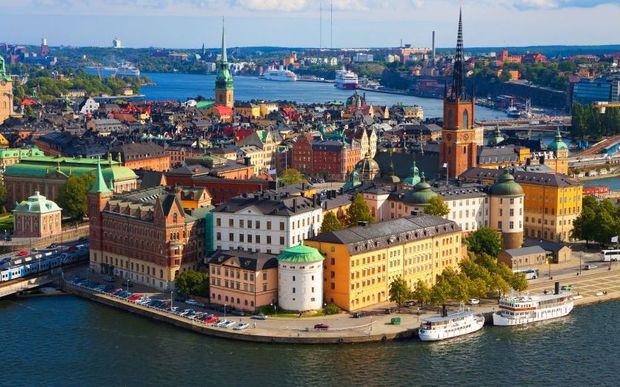 "You're speaking to Olly in Sweden."

And then it was a go, a conversation with a total stranger 11 hours away. Olly Gromvalls had just arrived at work when I called.

He tells me he's a 55-year-old retail magazine editor from a small town on the outskirts of Stockholm, where he's lived all of his life.

"I live in a house close to the lake. I think you would like it."

He said his 27-year-old daughter has just been to New Zealand.

"I think she appreciated New Zealand very very much, she loved it, especially the people."

Last week, he was out drinking with his friends when he found out about the mobile app, so he thought he'd give it a go.

"Suddenly the phone starts to ring, and I was having some good conversations."

Among them, a young student from Malaysia curious about Sweden's freedom of speech laws, and a lawyer from Belfast after a banter on football.

"Someone calls you up and says 'what's important in your life?' and you have a really good discussion with a complete stranger."

He said he's been amazed at how much fun he's had.

"The world's getting smaller and smaller, and this is a way to open up conversations between people."

In Stockholm a car accessory salesman called Andreas Myren picks up. He talked on speakerphone while driving.

He's had the app for less than a week, and has already spoken to 30 different people.

"Last night I spoke to someone in New York, who was originally from Peru."

"The call before that was someone in Boston, another guy in Turkey, and one from Japan."

He said some calls went on for an hour, while some were only 15 minutes long.

"But you always have something to talk about."

The project is called The Swedish Number and was launched last Wednesday by the Swedish Tourist Association (STA).

It's on a two month trial, and will end on Sweden's National Day, 6 June.

STA chief executive Magnus Ling said there were two aims behind the project.

"What we hope to achieve is more interest in Sweden from abroad, more people taking part in the discussions about Sweden, and of course more people coming to visit.

"The other purpose is to make Swedes proud of our country, because we have a lot to talk about and I don't think we realise sometimes how interesting our country is."

The result is thousands of voluntary cultural ambassadors.

More than 10,000 Swedes have already signed up, and have had more than 45,000 conversations with strangers from abroad.

Oscar Melsson, a newspaper reporter from Malmo, said he'd been answering questions about daily life in Sweden from those interested in travelling there.

"One very interesting woman who called me wanted to know about Sweden and hospitals here.

"Another man from Turkey wanted to know about the Swedish education system and is intending to study here as a civil engineer."

Sometimes a call is greeted with an answering machine or an automated message, but most of the time, it's a real person.

My final call is answered by the smooth voice of Sofia Rönnkvist, a communications student at Gothenburg University.

"Right now I just had breakfast, watching some Netflix documentaries about food."

I'm her third caller. Her first was from a radio programme in Leicester, who told her she was speaking on air.

"They just popped out and said 'hi, you're live!'"

Her one other call was with a man from Spain and his Canadian friend. They talked about their lunch.

"It was really casual, and really fun."

She's been telling her friends to get on board, and hopes the app takes off.

"I hope that people discover it and use it more, because I think it's really funny."

"It's a great way of having cultural exchange and language exchange." 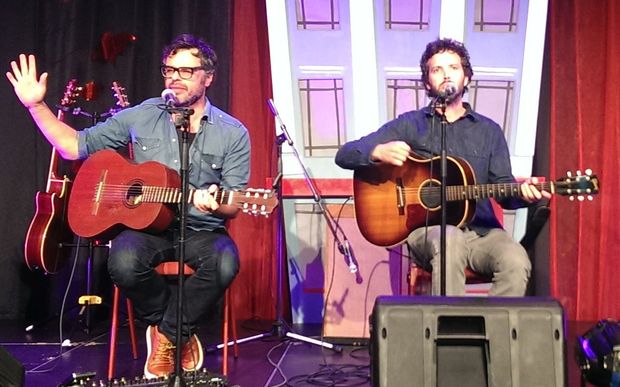 Flight of the Conchords - get yourself to Sweden. You have fans there. Photo: RNZ / Teresa Cowie

Ms Rönnkvist said her knowledge of New Zealand was limited, but she was a huge fan of Flight of the Conchords, who she hoped would tour in Sweden soon.

So, Brett and Jemaine, if you're reading this, here's a special request from a fan all the way in Gothenburg.