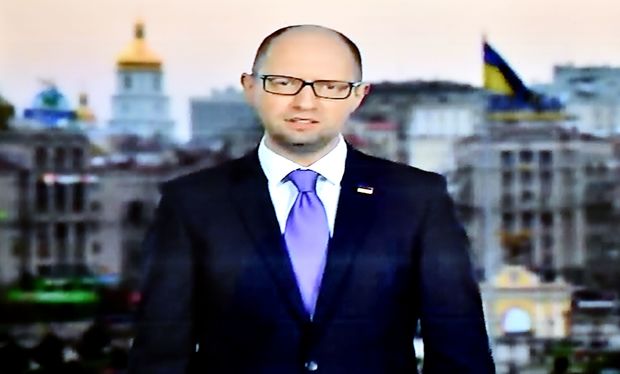 Mr Yatsenyuk, who had been in office since former pro-Russian President Viktor Yanukovych was ousted in February 2014, said he would inform parliament on Tuesday.

He narrowly survived a vote of no confidence after President Petro Poroshenko asked him to quit in February, saying he had lost support.

According to opinion polls the popularity of his People's Front party had plummeted.

His government has been accused of inaction and corruption and International Monetary Fund has threatened to withhold aid money if it does not carry out reforms. 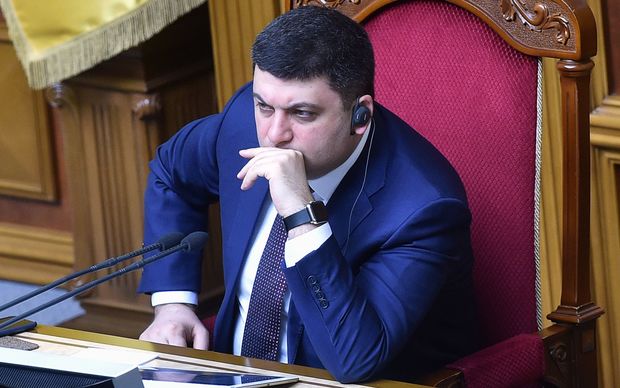 Announcing his resignation on Twitter, Mr Yatsenyuk called for the formation of a new government immediately to prevent "destabilization of [the] executive branch during a war".

As of today my goals are broader: new electoral law, Constitutional reform, Judicial reform, Ukraine’s membership in the EU and NATO

The government in Kiev is signed up to an uneasy truce with pro-Russian rebels in two of Ukraine's eastern regions, with frequent ceasefire violations reported.

Russia itself annexed the southern region of Crimea two years ago after a controversial referendum on self-determination.

United States vice-President Joe Biden congratulated Mr Yatsenyuk by phone on Sunday for his "accomplishments over the past two years", including economic reforms, but said "these changes must be irreversible".

"As of today," Mr Yatsenyuk tweeted on Sunday, "my goals are broader: new electoral law, Constitutional reform, Judicial reform, Ukraine's membership in the EU and NATO."

We can’t allow destabilization of executive branch during a war. This’d be inevitable,if after this resign. a new Govt is not selected immed

Ukraine's EU ambitions suffered a setback on 6 April when voters in the Netherlands roundly rejected a landmark EU trade deal with the former Soviet state in a referendum.

Mr Yatsenyuk came to power promising to tackle corruption and implement economic reforms but increasingly had become the focus of accusations of corruption, although no concrete evidence had been produced.

Western governments expressed concern over the resignation of reform-minded figures from the government. 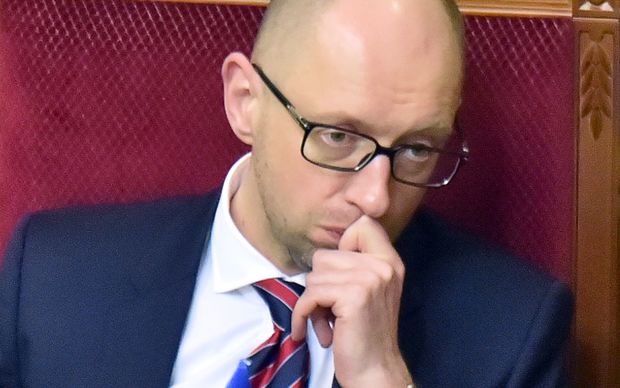 Ukrainian Prime Minister Arseniy Yatsenyuk waits to hear the result of the vote of no confidence against him in February. Photo: AFP

Mr Poroshenko came under scrutiny this week after leaked documents suggested he had set up an offshore company as a tax haven using Panamanian legal firm Mossack Fonseca.

He said he had done nothing wrong and Ukrainian prosecution officials said there was no evidence of a crime, but there were calls for his impeachment.