Belgian federal prosecutors confirmed on Friday they have arrested Paris attacks suspect Mohamed Abrini along with four other people, including a man they believe may have helped the Brussels bombers. 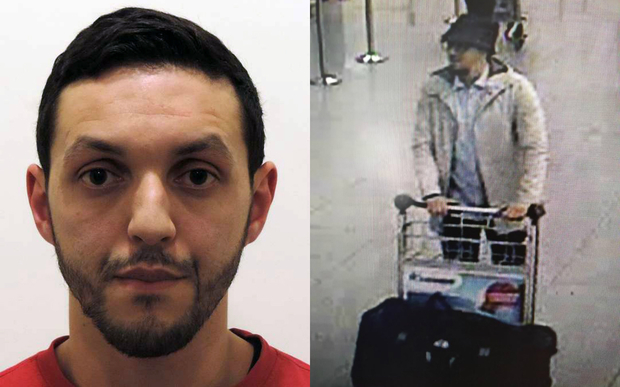 Mohamed Abrini, left, is thought to be the "man in the hat" seen at Brussels Airport prior to the attacks there. Photo: AFP

Abrini, a 31-year-old Belgian, has been on Europe's most wanted list since being seen on a motorway service station CCTV video driving with another Paris attacks suspect, Salah Abdeslam, towards Paris from Belgium. The car they drove was used two days later in the November 13 attacks, in which Abdeslam's elder brother was a suicide bomber.

The prosecutors said they were looking into whether Abrini was also the person, dubbed the "man in the hat", seen at Brussels Airport with two suspected suicide bombers on March 22, the day of the Brussels attacks.

The attacks on the airport and a metro station left 32 dead.

The gun and bomb attacks in Paris on killed 130 people.

Although the Belgian federal prosecutor confirmed that "there have been several arrests in the course of the day in connection with the attacks on the airport and metro", they would give no further details.

Local media reports suggest that Abrini, on the run for five months, was arrested in the Anderlecht district of Brussels. 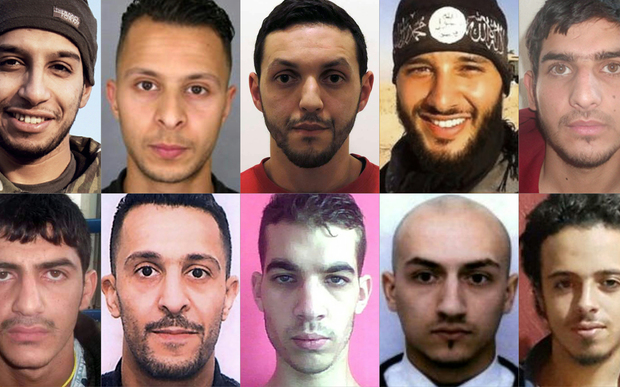 Mohamed Abrini, top centre, was the key remaining suspect of the Paris attacks, seen here with other persons involved in the November 13 attack. Photo: AFP

Some media say that one of the other men arrested is suspected of helping suicide bomber Khalid el-Bakraoui at the Maelbeek metro station, but this has not been confirmed.

Belgian authorities had on Thursday released new video footage of the "man in the hat", appealing for the public's help in finding him.

The individual in the footage was seen beside the two suicide bombers at Brussels airport. He left the airport shortly before the blasts.

Abrini, 31, a Belgian national of Moroccan origin, is believed to have been filmed at a petrol station with Salah Abdeslam, another arrested Paris attacks suspect, two days before the attacks there. 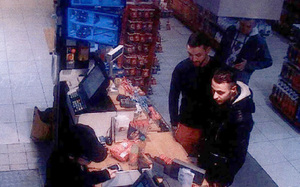 Abrini and brothers Salah and Brahim Abdeslam were all childhood friends from Brussels.

Abrini is believed to have driven twice with the brothers from Belgium to Paris and back on 10 and 11 November.

Salah Abdeslam was detained in Brussels in March, days before militants launched attacks in the Belgian capital.

Brahim Abdeslam blew himself up at the Comptoir Voltaire restaurant after a shooting spree. 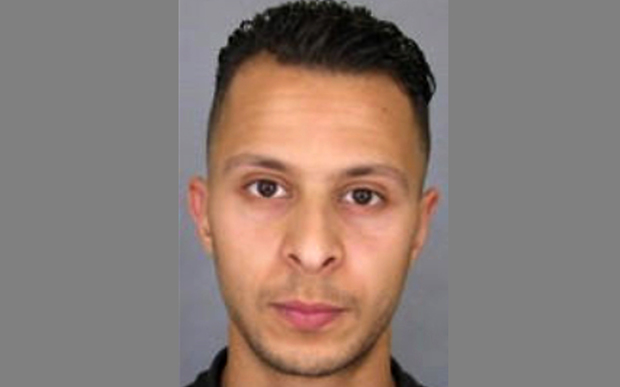