The number of executions around the world rose by more than 50 percent last year, although the amount of people receiving the death penalty in China remains a mystery. 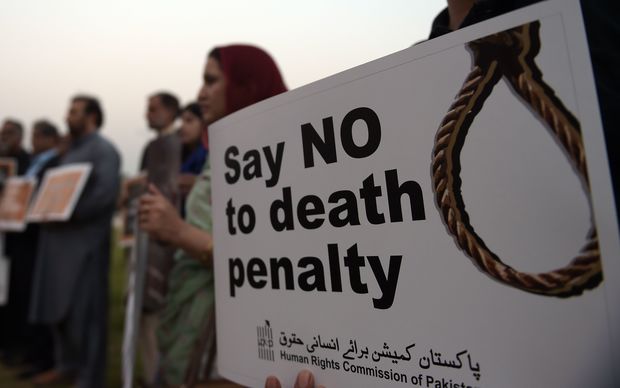 Protestors at a demonstration against the death penalty in Islamabad in October. Photo: AFP

New figures from Amnesty International reveal that at least 1634 people were executed in 2015 - up by more than 50 percent on the 2014 figure of 1061 executions.

Three countries - Iran, Pakistan and Saudi Arabia - were responsible for almost 90 percent of all those executions.

But Amnesty said this figure did not include China, where the number of people who have been executed remains a state secret.

"Not for the last 25 years have so many people been put to death by states around the world.

"Iran, Pakistan and Saudi Arabia have all put people to death at unprecedented levels, often after grossly unfair trials. This slaughter must end."

Amnesty said after China's unconfirmed figures of several thousand, Iran was the next worst offender, executing people mainly for drug offences, with adultery and blasphemy also incurring the death sentence.

It said in Saudi Arabia, executions rose by 76 percent on 2014's figures, with at least 158 people put to death, often by beheading.

There were also jumps in execution numbers in Somalia and Egypt.

The United States had the highest number of executions of western countries at 28, which was the lowest number since 1991.