Australian researchers believe they are close to being able to use stem cells to regrow human bone and tissue damaged by injury, illness or old age. 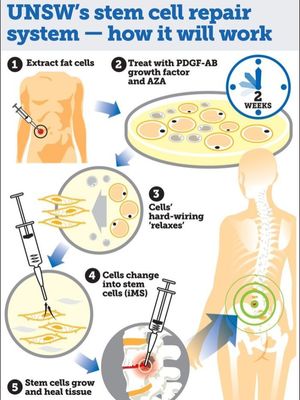 The team from the University of New South Wales (UNSW) said the stem cell repair system worked in a similar way to how a salamander was able to regrow a leg or its tail when they were removed.

It was a technique that had the potential to heal wounds, chronic back injuries and bad bone fractures.

UNSW Associate Professor John Pimanda said the technique used a patient's own cells so there was less of a chance of tissue rejection, and removed the ethical concerns surrounding the use of embryonic stem cells.

"What's different about these multipotent stem cells is that once we transplanted them into areas of tissue damage, they seem to demonstrate controlled tissue repair," he said.

"They only repaired the tissues that are damaged.

He said it remained unclear exactly how these cells knew exactly what to regenerate and where.

"I think the cell ... loses its hardwired identity, the fat cell forgets what it is. And it certainly seems to be responding to surrounding cues from the cells.

"So although there's a lot of work to be done to actually understand what the exact nature of this process is, it seems to be responding to signals." 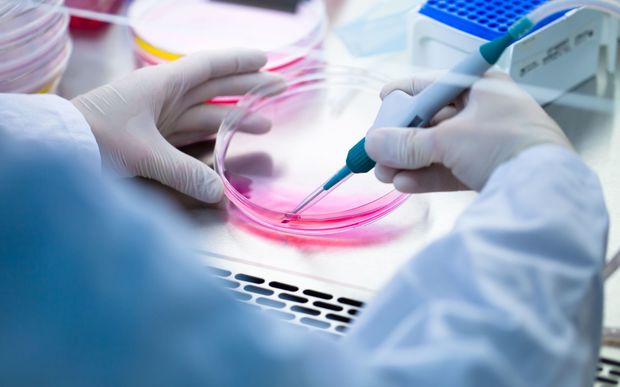 Will humans be able to one day regrow limbs?

Associate Professor Pimanda said he and his team were expecting human trials to start next year.

"In the first instance we want to focus on muscular skeletal problems, repairing degenerated discs, it's a huge problem in our communities," he said.

UNSW have used the example of the salamander in their outline of the research, and Associate Professor Pimanda said that while that was not an incorrect analogy, they were still a long way away from being able to regenerate an entire human limb.

"I think the analogy of the salamander is that these animals tend to regenerate their limbs by their mature cells at the site where the limb detaches ... going back in time and then proliferating and then going forwards again to make the skin and the fat and the muscle and bone etcetera that's been lost," Associate Professor Pimanda said.

"So I think the analogy is correct in that our cells reject fat cells and we actually go back in time, we make a stem cell that has a potential of ... making various sorts of tissues.

"So it goes back and it goes forwards and I guess that's what the salamander does."

The research has been published today in Proceedings of the National Academy of Sciences.