Syrian troops have found a mass grave containing about 40 bodies in the city of Palmyra following its recapture from the Islamic State (IS) group, state news agency Sana reports. 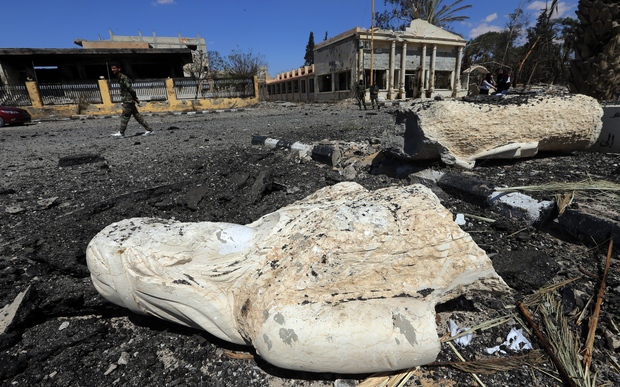 A Syrian soldier walks past the remains of a statue in the ancient Syrian city of Palmyra on Thursday. Photo: AFP

The grave containing the bodies of men, women and children was uncovered on the north-eastern edge of the city.

Some had been beheaded while others had been shot, a military source told AFP.

He said they were officers, soldiers, members of pro-regime militia and their relatives.

Twenty-four of the victims were civilians, including three children, the source added.

The bodies have been transferred to a military hospital in the provincial capital Homs. Some have reportedly been identified.

Last Sunday, the Syrian army, backed by Russian forces, recaptured Palmyra and its world-famous complex of ancient ruins, which IS overran in May last year.

IS militants executed at least 280 people during their occupation of the city, according to the Syrian Observatory for Human Rights, a UK-based monitoring group.

They also caused extensive damage to the world-renowned antiquities site. 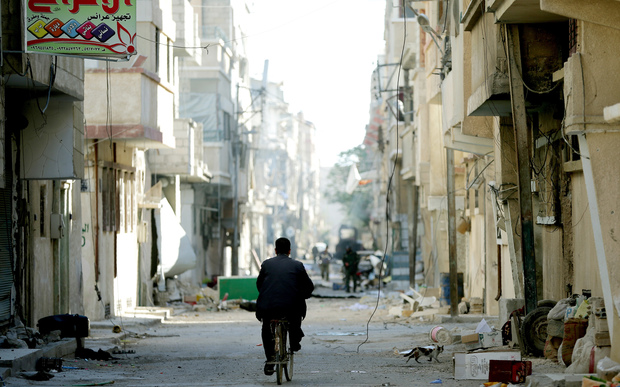 A Syrian man rides his bicycle on a street on in the modern town adjacent to the ancient city of Palmyra. Photo: AFP

Correspondents say the recapture of Palmyra is one of the biggest setbacks for IS since it declared a caliphate across swathes of Syria and Iraq in 2014.

The Syrian army says it will use Palmyra - which has a military airport - as a launch pad to expand operations against IS and cut its supply routes.

Syrian military sources say the army is targeting IS-held towns including al-Qaryatain, south-west of Palmyra, and Sukhnah towards the north-east.

Russia's six-month air campaign against opponents of President Bashar al-Assad has turned the tide of the five-year civil war in the Syrian leader's favour.