Newspapers and media companies have been pulling April Fool's Day pranks for years, but some have also fallen for jokes, and unintentionally reported them as factual stories.

One of the most famous pranks was the 1957 BBC broadcast of a Swiss family harvesting spaghetti from the fictitious spaghetti tree. Viewers reportedly called in questioning whether it was true, while others wondered how they could grow the spaghetti tree.

The Guardian is well-known for its April Fool's pranks, from its 1977 report about the government of San Serriffe (a country which does not exist), to a more recent prank from editor-at-large Alan Rusbridger, who unveiled the Guardian Goggles in 2013, "because life is too short to think for yourself".

But what about the April Fools' pranks that newspapers and other media ran unwittingly - where they fooled their readers because they were fooled themselves?

Turns out the big prankster - The Guardian - has itself been the subject of pranks.

"An agency story about the Vatican recruiting a hawk to protect the Pope's doves was deleted on the 15 April 2014 because it was discovered to have been an April Fools' joke," The Guardian wrote in its corrections section.

CNN and the Fox affiliate WNYW reportedly fell for a classic prank in 2000 - the New York City April Fool's Day Parade, which 'happens' once a year. Despite sending press releases about the parade every year since 1986, CNN and WNYW sent news crews down to 59th Street to cover the parade. It never started. 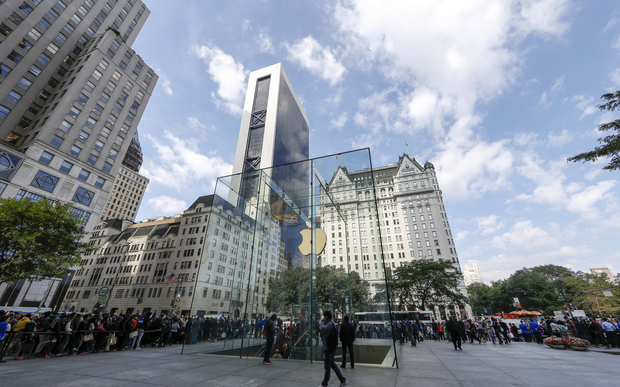 Man flies by own lung power

In April 1934, American newspapers, including The New York Times and The Chicago Herald and Examiner, ran a story about a man who managed to fly through the air using the power of his own lungs. German pilot Erich Kocher had reportedly wore a device made from a box and two rotors to perform the spectacular feat. A photo was printed alongside the story.

What the papers didn't know was the original story and photograph - distributed by a German news agency - was initially printed in the April Fool's Day edition of German news magazine the Berliner Illustrirte Zeitung.

Pranks intentionally published in newspapers to appear real on April Fools seem to often be picked up by other media who are unaware the stories are in fact fake.

That's what happened when Germany's Berliner Illustrirte Zeitung published a story in 1928 about a bride import company supplying wives to men in Liechtenstein. It was then picked up by a wire agency which circulated it to newspapers throughout the world, which published the story believing it was a true account.

Boris Yeltsin's diaries released - or were they?

Newspapers are continuing to fall for other newspapers' pranks - such as French daily Le Monde did in 2000. Russian newspaper Moskovskii Komsomolets had published an 'account' of ex-president Boris Yeltsin's diaries.

"Camouflage clothing suited Vladimir Vladimirovitch (Putin) and he held his rifle firmly, as one holds in one's arms a woman one loves," the newspaper quoted the diary.