An extinct animal known as the Siberian unicorn, thought to have vanished more than 350,000 years ago, might have died out much later - possibly co-existing with humans. 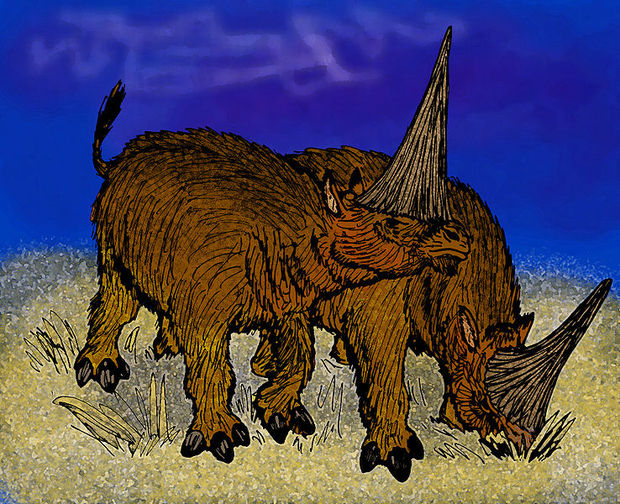 But research published in the American Journal of Applied Science describes a far more recent discovery of a well-preserved skull in Kazakhstan in Central Asia.

Researchers from the Tomsk State University suggested Elasmotherium sibiricum might have walked the Earth as recently as 29,000 years ago, at the same time as prehistoric humans.

In Western Siberia, where the new "unicorn" fossil was found, a human fossil found in 2008 was dated to 45,000 years ago, according to a study published in the journal Nature.

The skull was found near the village of Kozhamzhar in the Pavlodar region of Kazakhstan, and was in good condition, with no signs of having been gnawed upon.

"The dimensions of this rhino today are the biggest of those described in the literature."

Researchers used radiocarbon dating to determine the creature's age, leading to theories of migration and refuge-seeking in southern corners of Western Siberia for the lumbering legends.

Siberian rhinos, which were probably vegetarians, have been described as being 2m tall and nearly 5m long, and weighing up to four tons.

Their habitat extended from the Don River to the east of modern Kazakhstan.

Dr Shpanski said the findings suggested other "mass radiocarbon studies" should be done to assess remains of mammals previously believed to have disappeared 50,000-100,000 years ago.