US actress Patty Duke, who won an Oscar for playing Helen Keller in The Miracle Worker in 1963, has died aged 69. 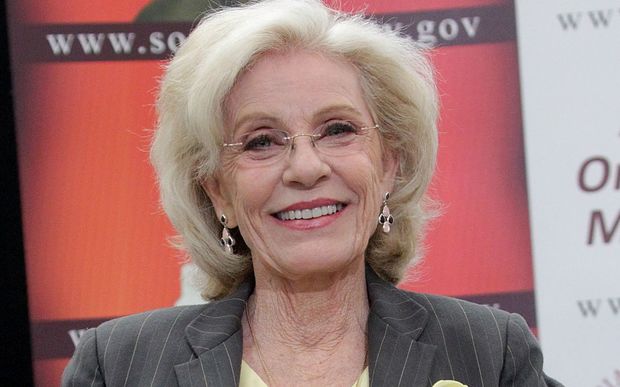 As well as a best supporting Oscar, Duke won an Emmy in 1980 for playing Helen Keller's teacher in a TV movie.

Duke also starred in The Patty Duke Show in the 1960s, in which she took the roles of "identical" teenage cousins.

She was the mother of actor Sean Astin, who played the hobbit Sam in the Lord of the Rings trilogy of films.

Her representative, Mitchell Stubbs, said in a statement that she had died early on Tuesday of sepsis from a ruptured intestine.

She underwent a heart bypass in 2004.

Mr Stubbs said: "She was a wife, a mother, a grandmother, a friend, a mental health advocate and a cultural icon. She will be missed."

A statement from her family read: "This morning, our beloved wife, mother, matriarch and the exquisite artist and champion of mental health, Anna Patty Duke, closed her eyes, quieted her pain and ascended to a beautiful place."

She died in Coeur D'Alene, Idaho, according to her son's publicist, Teri Weigel.

Duke was a child star, making her first TV appearance at the age of 12.

In The Miracle Worker, 16-year-old Duke played blind and deaf girl Helen Keller whose tutor - played by Anne Bancroft - breaks through her isolation and helps her to communicate.

Among her other awards were Emmys for My Sweet Charlie in 1970 and Captains and the Kings in 1976.

She also appeared in the Broadway musical Oklahoma!

In her autobiography, Duke revealed that in the 1980s she had been diagnosed with bipolar disorder.

In later life she became a strong advocate for increasing awareness, funding and research for people with mental illness.