A man thought to be strapped with explosives has hijacked an EgyptAir flight between Alexandria and Cairo and forced it to land in Cyprus, officials say. 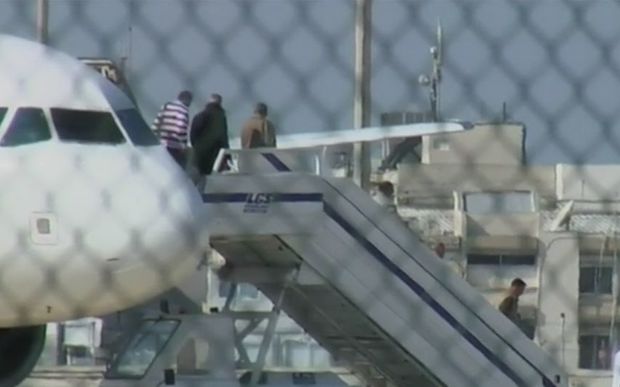 A screenshot from the BBC shows passengers leaving the aircraft in Larnaca. Photo: BBC

After Flight MS181 landed at Larnaca Airport, the hijacker released all the people on board the Airbus A320 except three passengers and four crew.

Follow live updates as the situation continues to unfold

Egypt's Civil Aviation Ministry said the plane's pilot told authorities he was threatened by a passenger wearing a suicide explosives belt and forced to land in Larnaca.

A Cyprus Foreign Ministry official said he could not confirm the man was rigged with explosives.

Negotiations with the Hijacker result in the release of all the passengers, except the crew and four foreigners.

Another hit for Egypt

Egypt's vital tourism industry was already reeling from the crash of a Russian passenger plane in the Sinai in late October.

President Abdel Fattah al-Sisi has said it was brought down by a terrorist attack. Islamic State has said it planted a bomb on board, killing all 224 people on board.

Cyprus has seen little militant activity for decades, despite its proximity to the Middle East.

A botched attempt by Egyptian commandos to storm a hijacked airliner at Larnaca Airport led to the disruption of diplomatic relations between Cyprus and Egypt in 1978.

In 1988, a Kuwaiti airliner which had been hijacked from Bangkok to Kuwait in a 16-day seige had a stopover in Larnaca, where two hostages were killed. 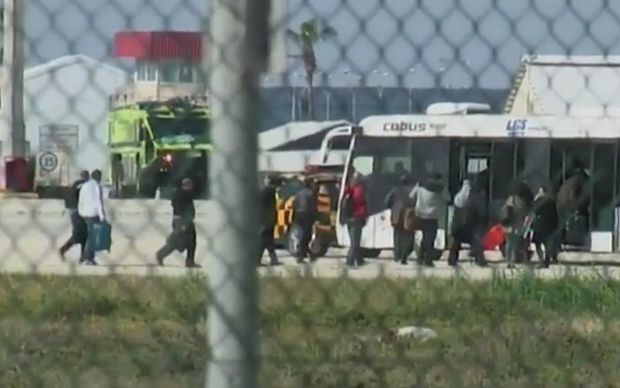 Another screenshot shows passengers being taken away from the plane. Photo: BBC