Pakistan's PM has urged better co-ordination between security agencies against terror, a day after a suicide bomb killed more than 70 in Lahore. 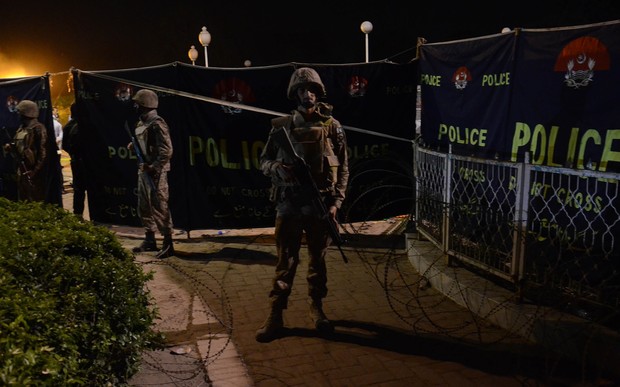 Security forces at the explosion site after a suicide bomber blew himself up in a crowded park in Lahore on Easter Sunday. Photo: ANADOLU AGENCY

At a meeting of security officials, Nawaz Sharif said the nation's resolve to deal with militants was growing.

A number of arrests were made and weapons seized in five raids by security forces, the army said.

At least 300 people were injured, with officials saying they expected the death toll to rise.

The area was more crowded than usual, as members of Lahore's minority Christian community had gathered to celebrate Easter at a funfair in the park.

However, most of those who died in the attack were Muslims.

At least one funeral, of 11-year-old Christian boy Sahil Pervez, was held on Monday.

Mr Sharif visited some of the injured in hospital. At the later security meeting, he said defeating terrorism was imperative.

"Our resolve as a nation and as a government is getting stronger and the cowardly enemy is trying for soft targets," he said.

Mr Sharif added that security forces should go after the militants before they were able to strike again.

"I want more proactive co-ordination between law enforcement and intelligence agencies," he said.

"Provinces should speed up intelligence-based operations against terrorists."

A "number of suspect terrorists and facilitators" were arrested and a "huge cache of arms and ammunition" seized, he added. 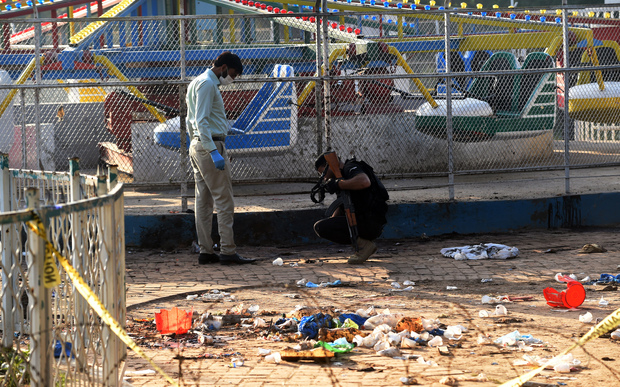 Meanwhile, Facebook has apologised after a programme glitch resulted in users around the world being sent a notification to let friends know they were safe after the attack, meant only for subscribers in the Lahore area.

Facebook had been criticised in the past for deploying the Safety Check application more readily if Westerners are the likely victims.

The government of Punjab, of which Lahore is the capital, declared a state of emergency in the city and three days of mourning. Other regions declared one day.

Schools and markets in the province were closed on Monday.

Lahore is one of Pakistan's most liberal and wealthy cities. It is Mr Sharif's political powerbase and has seen relatively few terror attacks in recent years.

A spokesman for Jamaat-ul-Ahrar, Ehsanullah Ehsan, said the group wanted to send a message to Mr Sharif that they "have entered Lahore", and threatened further attacks.

Jamaat-ul-Ahrar is a breakaway group from Tehrik-e Taliban Pakistan. It has carried out several other attacks on Pakistani civilians and security forces in recent months.

The explosion, believed to have been carried out by one suicide bomber, hit the main gate to the Gulshan-e-Iqbal park in the early evening, a short distance from the children's playground.

Officials said the device had been packed with ball bearings.

There were scenes of anguish as parents searched for children amid the debris. 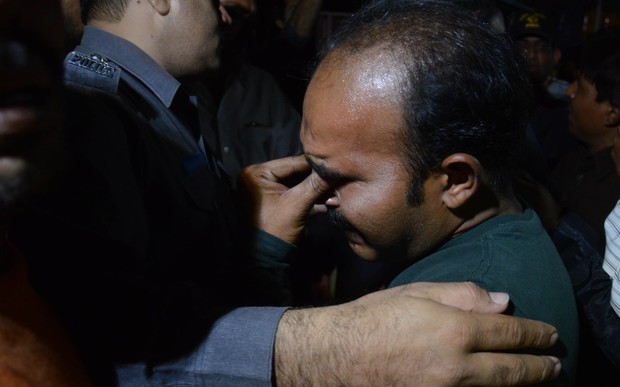 A relative of a victim mourns after a suicide attack in a crowded park in Lahore. Photo: ANADOLU AGENCY / AFP 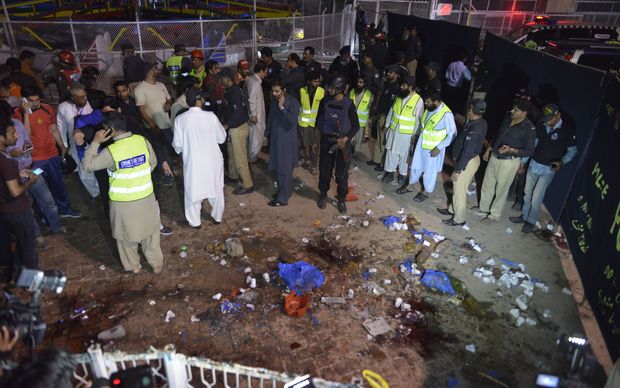