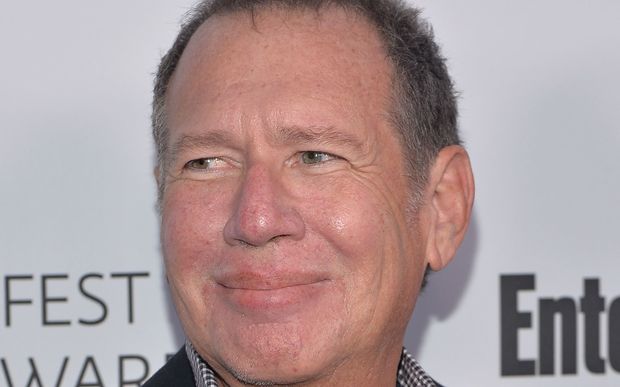 Shandling was known for "breaking the fourth wall" - speaking directly to the audience - in his show, which aired from 1986 to 1990.

He starred in the critically-acclaimed Larry Sanders Show from 1992 to 1998.

Shandling often appeared on the Tonight Show with Johnny Carson during the 1980s and was in the running to replace Carson when the chat show host retired.

Fellow comedians from around the world have rushed to pay tribute to Shandling:

One of the funniest of all, the beloved and very complicated Gary Shandling has died.

RIP Garry Shandling, my favourite comedian of all time and the one who inspired me to give it a go. Terrible news.

Gary Shandling, gone too soon. So sad. An amazing body of work including one of the great comedies of all time; 'The 'Larry Sanders Show'.

Gary Shandling was often funny when he was serious. And when he was actually going for it - unparalleled. Bless his soul.

Gary Shandling was a comedy hero of mine. He once sent me a thank you note that read, "Thanks for nothing." RIP https://t.co/DmCy2JZcGj