A Boeing 737 passenger jet crashed this afternoon as it was landing at the Rostov-on-Don airport in southern Russia. 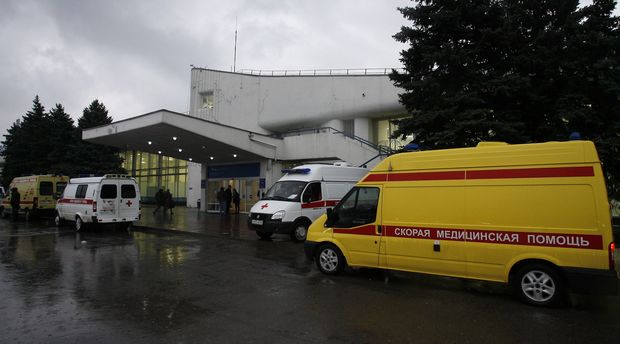 Ambulances outside the airport after the crash of a FlyDubai Boeing aircraft in Rostov-on-Don. Photo: AFP

Russia's state-run RIA Novosti news agency said the Boeing 737 crashed to the left of the runway during bad weather.

The Boeing jet was carrying 55 passengers - including four children - and at least 6 crew members, all of whom died instantly when the plane crashed about 50 to 100 metres left of the runway.

FlyDubai said it was aware of an incident involving its flight FZ981, which was travelling to Rostov-on-Don from Dubai.

"We are investigating further details and will publish an update once more information is available," the company said on its Facebook page.

"[The plane] was coming from Dubai [and] crashed as it came into land at the airport in Rostov-on-Don," she said

Boeing said it was aware of reports coming out of Russia.

"Our team is currently gathering more details," the company said on Twitter.

It was the pilot's second attempt to land amid dense fog and strong winds, causing a lack of visibility.

Reports suggested most passengers aboard the flight were Russian citizens returning from holidays in the United Arab Emirates.

Rostov airport, one of the largest in southern Russia, closed after the accident, with any aircraft due to land there being re-routed.