British Work and Pensions Secretary Iain Duncan Smith has resigned citing concerns about the latest round of cuts to benefits announced in a budget update. 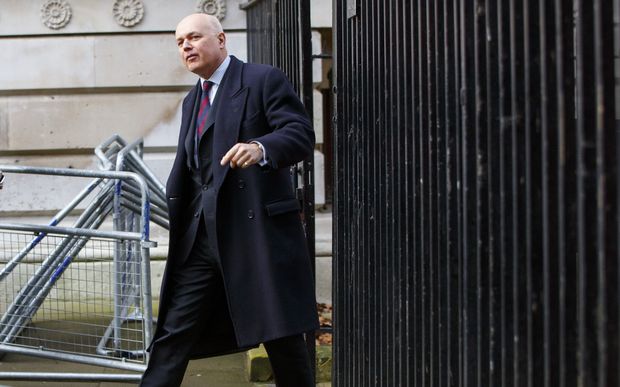 It came as mounting controversy over $8.5 billion (£4 billion) of planned cuts to Personal Independence Payments, expected to affect 640,000 people.

Mr Duncan Smith said the cuts were not defensible within a budget that benefited higher-earning taxpayers.

Finance Minister George Osborne came under pressure from other members of his own party yesterday to rethink the plan.

Prime Minister David Cameron said he was "puzzled and disappointed" that Mr Duncan Smith had resigned.

Earlier, a government source indicated the changes were going to be "kicked into the long grass".

The planned changes apply to the formula the government uses to calculate the daily living component of PIP, which will replace Disability Living Allowance (DLA) and come into effect in January 2017.

Mr Duncan Smith, who was the UK Conservative Party leader and leader of the opposition from 2001 to 2003, said in his resignation letter the changes were "defensible in narrow terms, given the continuing deficit".

But he said they should have formed part of "a wider process" of finding the best way to focus resources on those most in need.

"I am unable to watch passively whilst certain policies are enacted in order to meet the fiscal self-imposed restraints that I believe are more and more perceived as distinctly political rather than in the national economic interest," he said.

"Too often my team and I have been pressured in the immediate run up to a budget or fiscal event to deliver yet more reductions to the working-age benefit bill.

"There has been too much emphasis on money-saving exercises and not enough awareness from the Treasury, in particular, that the government's vision of a new welfare-to-work system could not be repeatedly salami-sliced.

"It is therefore with enormous regret that I have decided to resign."