Fairfax journalists in Sydney and Melbourne have gone on strike after the company announced plans to cut 120 editorial jobs. 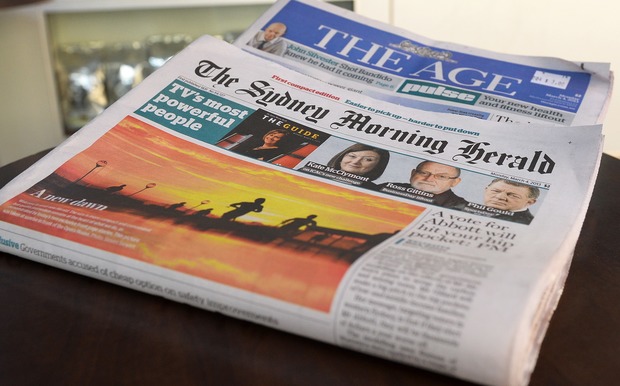 The Media Entertainment and Arts Alliance (MEAA) believes the cuts amount to one-quarter of the editorial workforce.

Sydney Morning Herald and Melbourne's The Age reporters took to Twitter to say they were on strike until Monday.

The vote in SMH newsroom was overwhelming in favour of striking. Only 4 against. Journos are angry #fairgofairfax

They walked out of the office soon after the announcement was made.

Some urged readers to go elsewhere for their news while staff were striking.

"We believe that we can do this through redundancies, tightening contributor budgets and reducing travel costs and expenses....

"While we are much more efficient in producing quality journalism, we still have a way to go.

"Change is a permanent part of our industry. It is a reflection of what we know about the ways our readers are consuming our stories. We must continue to evolve with them."

Fairfax owns a number of New Zealand publications, including The Dominion Post, The Press, Waikato Times and the website stuff.co.nz.

But despite this, Mr Murphy said there were no signs that cuts of this scale were coming.

"This is a huge reduction, possibly as much as a quarter of the newsroom staff in Sydney and Melbourne. It's an absolutely devastating announcement," he said.

Mr Murphy said he has not yet sat down with Fairfax management to discuss the details, and the areas where the jobs will be cut have yet to be decided.

"We'll be exploring every possible avenue to reduce the number of jobs that are lost," he said.

"Management sent an email out to staff a short while ago and we are yet to have the opportunity to meet with our members or to meet with management."

It was the staff on the newsroom floor who had been leading Fairfax's change to digital, he said.

"Through all of that transition they have worked to produce quality, independent journalism and this is the reward they get - another devastating round of cuts," he said.

"You really have to question the priorities of senior Fairfax management if they make an announcement like this."