Melbourne researchers are hoping a colony of little penguins at Phillip Island will help reveal what is happening in the ocean between Australia and New Zealand. 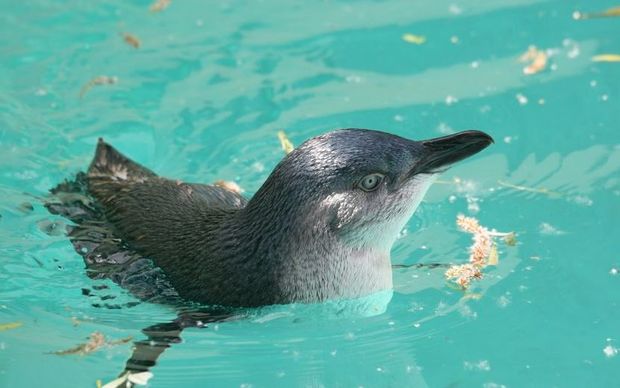 New Zealand has a similar species of the little penguin. Photo: 123rf

The scientists are studying how the penguins are interacting with their ecosystem because ocean temperatures are rising faster off south-east Australia than almost anywhere else in the world.

A team from Melbourne's Monash University and Phillip Island Nature Park are attaching sensors on the little seabirds to shed light on what happens at sea, using some fairly common technology.

"We put a GPS - the same as you have in your car - and we use this Fitbit chip to measure how much energy they're using or how hard the penguins are working when they go at sea," Phillip Island Nature Park penguin biologist Andre Chiaradia explained.

It is the first time scientists will truly get an overall view of how the penguins are interacting with their ecosystem.

Associate Professor Richard Reina said until now they had not been able to get a big picture because sampling was so difficult and it was a big area to cover.

"So by using the birds, who know where to go and what to look for, we save ourselves the time and effort of having to do it.

"The reason understanding changes in the marine ecosystem is important is that some organisms are highly flexible and able to change and respond," Associate Professor Reina said.

"Penguins are a good example of that, they can change where and when they feed, when they breed and so on. Others are not so flexible and are much more tied into predictable patterns."

The penguins, part of a tourist operation, are funnelled through a special weighbridge at night that identifies each bird.

Trackers will record how far they have to go to feed.

As well, DNA testing of their faeces will show whether the penguins are being forced to switch from eating fin fish to less nutritious species such as jellyfish.

New Zealand has a similar species of penguin.