Australian rock band AC/DC is postponing the rest of its American tour after singer Brian Johnson was warned he was going deaf. 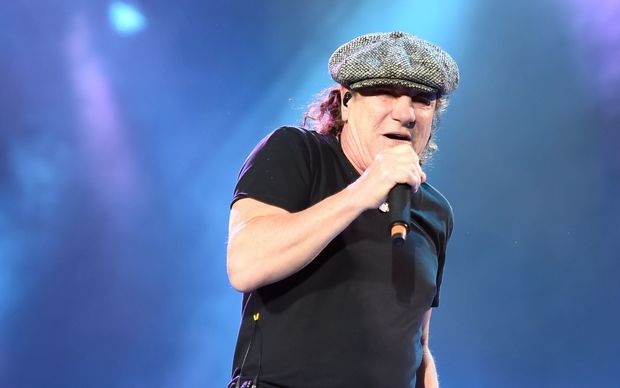 AC/DC's lead singer since 1980 performs with the band in Berlin. Photo: AFP

The band members posted a statement on their website saying doctors had advised Johnson to stop touring immediately or "risk total hearing loss".

They said they would likely perform with a guest vocalist in rescheduled shows later this year.

The news is the latest in a series of setbacks for the band.

In 2014, it emerged that founding member and guitarist Malcolm Young was suffering from dementia.

The band released its latest album Rock or Bust in November that year and has been touring ever since to promote it.

'One of our best customers forever was Phil Rudd'

Audiologist Andy Shiach, who lost his own music career through industrial deafness, now operates a company helping musicians with earplugs and other protection.

"One of our best customers forever was Phil Rudd, who was the drummer with AC/DC - only because every show he would take out his earplugs and throw them into the audience," he said.

Modern health and safety rules limited sound levels at concerts to about 100 decibels.

"On stage volumes for bands now are much lower because of the way they monitor their performance. The technology has changed."

However, such levels in an industrial workplace would be allowed for only three and a half minutes without protection for workers.