At least 300,000 people lined the streets for the annual Sydney Mardi Gras, including, for the first time, Australia's prime minister. 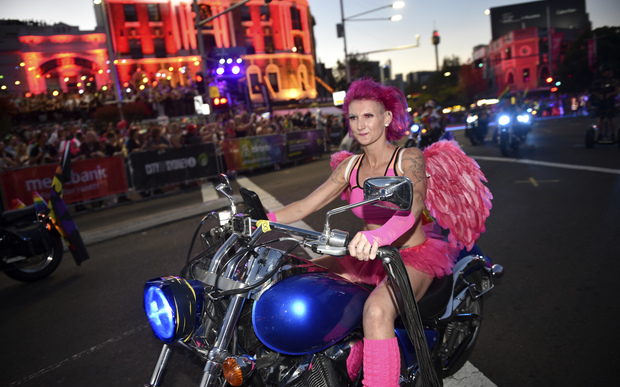 A group known as Dykes on Bikes takes part in the annual Sydney Gay and Lesbian Mardi Gras Parade on 5 March. Photo: AFP

Last night's event, one of the largest gay and lesbian parades in the world, also attracted more than 12,000 participants, with 175 floats including Muslims Against Homophobia, the People's Republic of Mardi Gras and the NRL.

For the first time, the country's Olympians and Paralympians had their own float, in an effort to raise awareness about diversity in sport.

According to media reports, cleaners have since been removing an estimated 230kg of glitter from the streets.

The parade took place as campaigners continued to fight to get Australian leaders to legalise same-sex marriage.

Prime Minister Malcolm Turnbull, who attended the event but did not march, has backed a public plebiscite on the issue.

When asked about the significance of being the first prime minister to attend the event, Mr Turnbull said it was something he and his wife had always done.

Labour Party leader Bill Shorten, who did march, has promised to introduce a same-sex marriage bill within 100 days if his party is elected.

One poll released this week showed that, while a majority of Australians thought same-sex marriage should be introduced, one in five considered it "immoral".

In New Zealand, meanwhile, celebrations are under way to mark the 30th anniversary of the Homosexual Law Reform Act 1986, with the Wellington Pride Festival taking place in the capital from 5 March to 13 March. 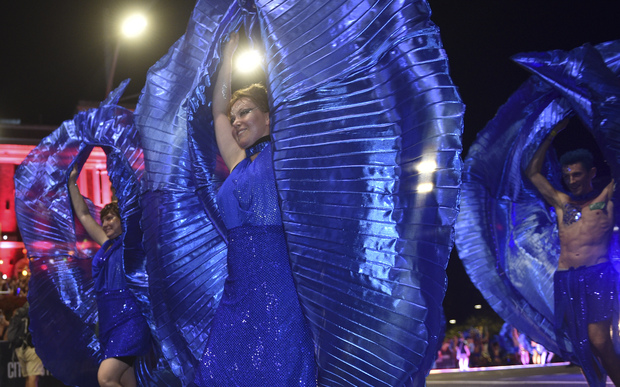 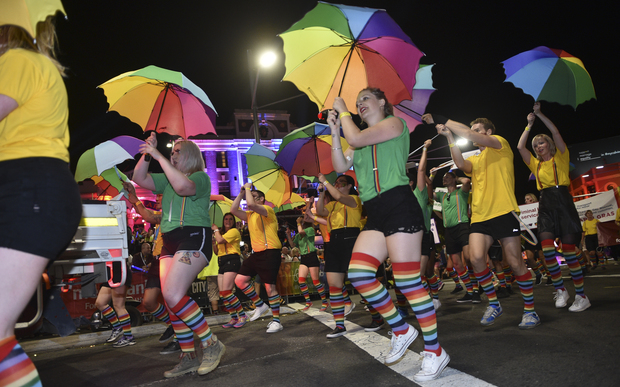