Vatican treasurer Cardinal George Pell says the Catholic Church has made "enormous mistakes" in dealing with claims of sexual abuse. 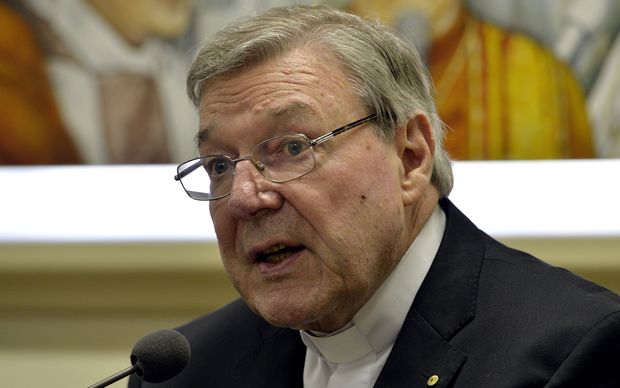 Australian Cardinal George Pell at a press conference at the Vatican on 31 March 2014. Photo: AFP

He is giving evidence from Rome via video link to an Australian inquiry into child sex abuse.

Cardinal Pell, Australia's most senior Catholic, will be asked whether he knew if paedophiles were active in churches under his watch.

"I'm not here to defend the indefensible," said Cardinal Pell.

"The Church has made enormous mistakes and is working to remedy those but the Church in many places, certainly in Australia, has mucked things up, has let people down," he said.

Abuse survivors have flown to Rome to face the cardinal, who was excused from returning to Sydney due to ill health.

The hearing, which began this morning, is expected to run for at least three days.

Cardinal Pell is not himself accused of sexual abuse.

The Royal Commission into Institutional Responses to Child Sex Abuse is holding its second round of inquiries into child sex abuse that occurred in the city of Ballarat in Victoria state.

Cardinal Pell was a priest in Ballarat and lived in a seminary with a notorious paedophile priest, Gerald Ridsdale, in the early 1970s.

Ridsdale committed more than 130 offences against young boys while working as a chaplain at Ballarat's St Alipius school between the 1960s and the 1980s.

Even though Cardinal Pell is not facing criminal charges, detractors have questioned the extent of his knowledge of child abuse, and say it could make his Vatican position untenable.

Cardinal Pell is speaking before observers from a Rome hotel and proceedings will be streamed live to the Royal Commission's hearing rooms in Sydney and Ballarat Town Hall, and will also be viewable online.

In May 2015, during the first round of inquiries into what happened Ballarat, the commission heard evidence that Cardinal Pell tried to bribe Ridsdale's nephew to stay silent about the abuse. 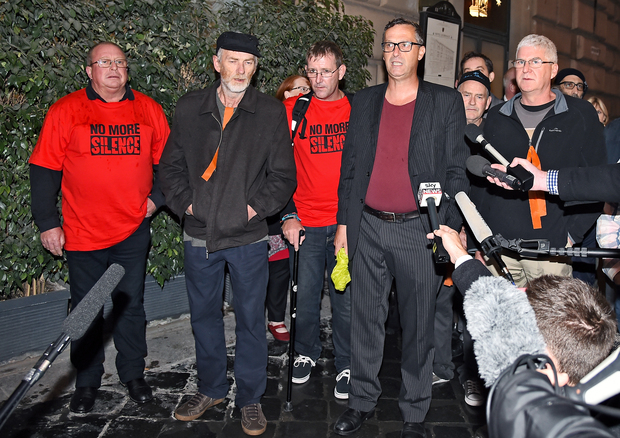 Survivors of abuse by Catholic clergy in Australia as they arrive at Quirinale hotel in Rome to hear evidence from Cardinal Pell. Photo: AFP

Anthony Foster, whose daughters were abused by a paedophile priest, will be in Rome as part of his search for answers.

Cardinal Pell and the Royal Commission