Ireland's ruling coalition has been ousted, with correspondents suggesting voters are angry at the country's uneven economic recovery. 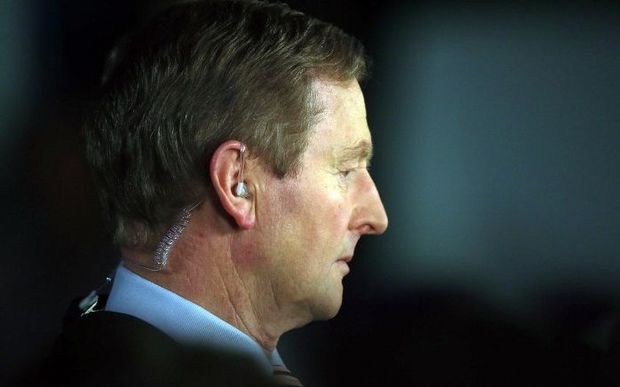 Taoiseach (Prime Minister) Enda Kenny conceded that the existing Fine Gael-Labour coalition government would not be returned in the Republic of Ireland general election.

It is likely Fine Gael will remain the largest party, but with a narrow lead over the main opposition, Fianna Fáil.

Admitting defeat, Mr Kenny told Irish television it was clear from early results that the coalition between his Fine Gael party and Labour would not be renewed.

But despite suffering heavy losses, Fine Gael is still expected to remain the largest party.

The only viable option may be a problematic alliance of old rivals Fianna Fail and Mr Kenny's Fine Gael - although even their combined support is set to fall below 50 percent of the vote for the first time.

It has been hit by a backlash against years of austerity and a perception that Ireland's poor are not benefitting from the fastest economic growth in Europe.

The election campaign was fought mainly over economic issues, with the government parties asking voters for their support to keep the recovery going at a time when international storm clouds are gathering.

The Republic of Ireland has had the biggest growing economy in the eurozone for the last two years.

But the opposition parties countered that not everyone, especially outside middle-class Dublin, is yet benefiting from the upturn.

Mr Kenny said he would wait until all the results were in before considering his options.