Hillary Clinton has easily won the South Carolina primary, her third victory in the first four contests for the Democratic Party's presidential nomination. 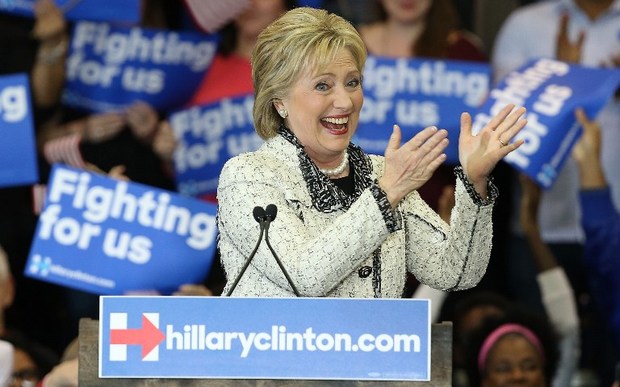 Hillary Clinton surrounded by supporters in South Carolina, where she secured 78 percent of votes. Photo: AFP

She got 78 percent of the votes, while her rival, Bernie Sanders, could only manage 21.

The win propels Mrs Clinton into this week's crucial "Super Tuesday" voting in 11 states on a wave of momentum.

We did it, South Carolina. pic.twitter.com/7qGDnavcID

Mr Sanders has congratulated her but said the campaign was just beginning.

With almost all the votes counted Mrs Clinton leads Mr Sanders by an almost 50-point margin.

It is Mrs Clinton's third victory in four contests, after wins in Iowa and Nevada. She lost to Mr Sanders in New Hampshire.

Eight years ago, she lost the South Carolina primary overwhelmingly to then Senator Barack Obama.

It was a different story this time. Soon after polls closed she told supporters: "You sent a message - in America when we stand together, there is no barrier too big to break."

INSIGHT: Rage in the race for the White House

Mrs Clinton, 68, said on Friday that the South Carolina primary was personally important to her.

"I want to send a strong signal that South Carolina is ready for change, ready for progress, ready to make a difference."

On the Republican side, billionaire Donald Trump leads a field that has dwindled to five from 12 a month ago.

He won the Nevada caucus on Wednesday by a wide margin - correspondents say he is beginning to look unstoppable. 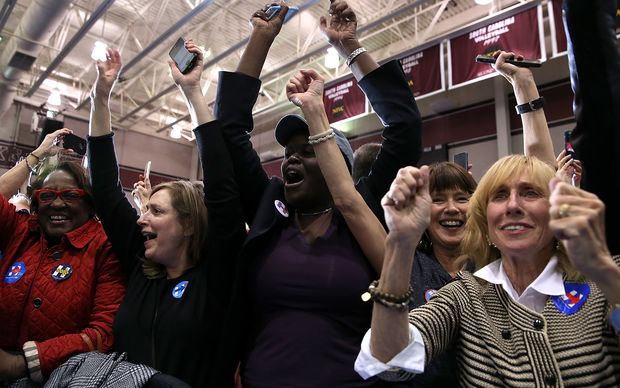 In her victory speech, Mrs Clinton aimed a dig at the man tipped to be the Republican presidential candidate.

"Despite what you hear, we don't need to make America great again. America has never stopped being great," she said, referencing Mr Trump's campaign slogan.

Mr Trump's closest challengers in the Republican field, Marco Rubio and Ted Cruz, sought to put him under pressure by releasing several years of their tax returns.

The property magnate says he will not release his until an audit has been completed; his rivals accuse him of holding back the information to hide exaggerations about his wealth.

Mr Sanders, a veteran senator from Vermont, said he was now focussing on the Super Tuesday vote.

"In politics, on a given night, sometimes you win, sometimes you lose. Tonight we lost," he told reporters in Minnesota, one of the states taking part.

"I congratulate Secretary Clinton on her very strong victory. Tuesday, over 800 delegates are at stake, and we intend to win many of them."

But there was some welcome news for Mr Sanders after he was endorsed by Robert Reich, a former official in Bill Clinton's presidential administration.