Bomb blasts in the Syrian cities of Homs and Damascus have killed at least 140 people, monitors and state media say. 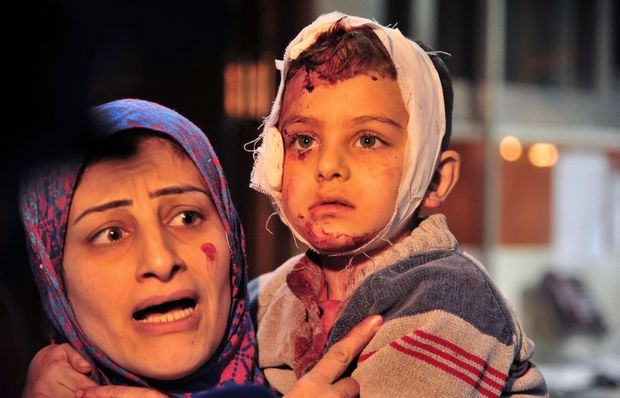 Islamic State (IS) said it carried out the Damascus blasts. Both cities have previously been targeted by IS militants. 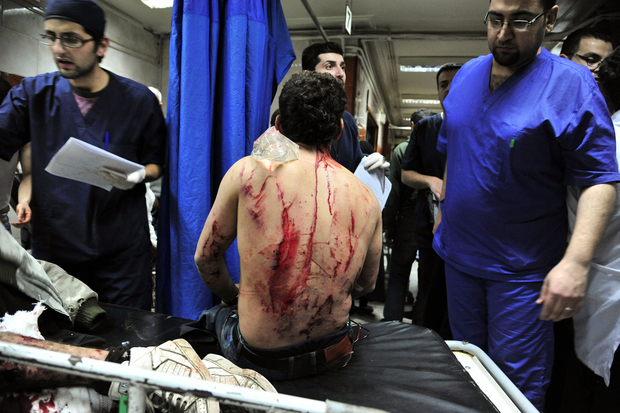 A wounded a Syrian receiving treatment at a hospital in the Syrian capital Damascus following bomb blasts. Photo: AFP/ SANA

The attacks targeted areas dominated by minorities within Islam reviled by the Sunni Muslim radicals of IS.

In Damascus, at least four explosions were reported in Sayyida Zeinab, the location of Syria's holiest Shia Muslim shrine, said to contain the grave of the Prophet Muhammad's granddaughter.

In Homs, the blasts occurred in a predominantly Alawite district, the sect to which President Bashar al-Assad belongs.

The city was one of the early centres of the uprising against President Assad and was once dubbed the "capital of the revolution". But rebels left late last year under a ceasefire deal, leaving the city in government hands.

The Amaq news agency, which is linked to Islamic State, said IS militants had detonated a car bomb and then blown up explosive belts.

The district was hit by suicide attacks last month that left 71 people dead and which IS fighters also said they had carried out.

The Syrian Observatory for Human Rights said at least 50 IS fighters had been killed in an advance by government troops, backed by Russian air strikes, east of the northern city of Aleppo in the past 24 hours.

Meanwhile, US Secretary of State John Kerry said a "provisional agreement" had been reached with Russia on a partial truce in the conflict.

He had spoken to his Russian counterpart Sergei Lavrov, and they had agreed on terms but details still needed to be worked out, he said.

Earlier this month, world powers involved in Syria agreed to seek a "cessation of hostilities" but the Friday deadline had come and gone.

For his part, President Assad has said he hoped to be remembered as the man who "saved" Syria.

Asked by Spanish newspaper El Pais where he would see himself in 10 years' time, he said: "If Syria is safe and sound, and I'm the one who saved his country - that's my job now, that's my duty."

Mr Assad also said his army was close to encircling rebel-held parts of the key northern city of Aleppo, and were advancing on Raqqa, the main stronghold of IS fighters.

He was ready to implement a temporary truce as long as there were guarantees what he called "terrorists" would not use it to improve their positions, he said.