United States Supreme Court Justice Antonin Scalia - one of most conservative members of the country's highest court - has died, aged 79. 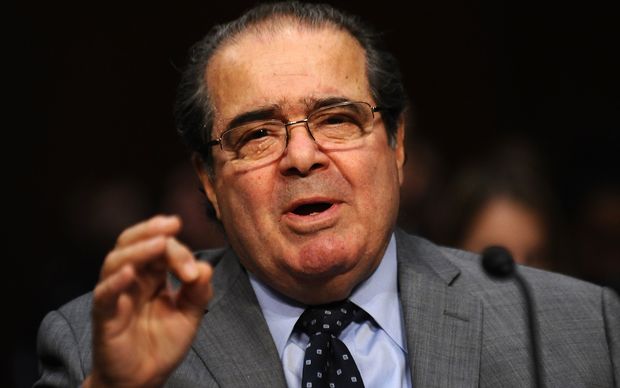 Justice Scalia was appointed to the top US court in 1986 by then President Ronald Reagan, and was known for his strident right-wing views and theatrical flair in the courtroom.

Justice Scalia's death could shift the balance of power in the court, allowing the President, Barack Obama, to add a fifth liberal justice to the court.

The court's conservative majority has recently stalled major efforts by the Obama administration on climate change and immigration.

Correspondents say the death of Justice Scalia has turned the US presidential race, and Washington politics, on its head.

They say Republicans in the US Senate will do everything they can to prevent Barack Obama, who has less than 11 months left in his presidency, from naming a successor to a court sharply divided between liberals and conservatives.

If they succeed, then the historic nature of the current presidential campaign could not be clearer.

A Democratic victory in November means a court with a decidedly more liberal bent.

If Republicans prevail they preserve their slender conservative majority on a court that regularly issues landmark decisions on issues such as gay rights, immigration law, healthcare reform, campaign finance reform and civil liberties.

Even if Mr Obama gets a nominee confirmed, the power his successor will hold is now crystal clear. Three of the eight remaining justices are over the age of 70.

Justice Scalia was one of the most prominent proponents of "originalism" - a conservative legal philosophy that believes the US Constitution has a fixed meaning and does not change with the times.

In 2008, Justice Scalia delivered the opinion in District of Columbia v Heller, a landmark case that affirmed an individual's right to possess a handgun.

Throughout his career, the outspoken justice has been a vocal opponent of abortion and gay rights, often writing scathing dissenting opinions.

Justice Scalia's death comes as the Supreme Court is set to hear its first major abortion case in nearly 10 years, and ahead of key cases on voting rights, affirmative action and immigration.

He died in his sleep early on Saturday while in west Texas for a hunting trip, the US Marshalls Service said.