Scientists have detected gravitational waves, ripples in space and time hypothesised by physicist Albert Einstein a century ago.

The landmark discovery is the culmination of decades of searching and opens a new window for studying the cosmos. 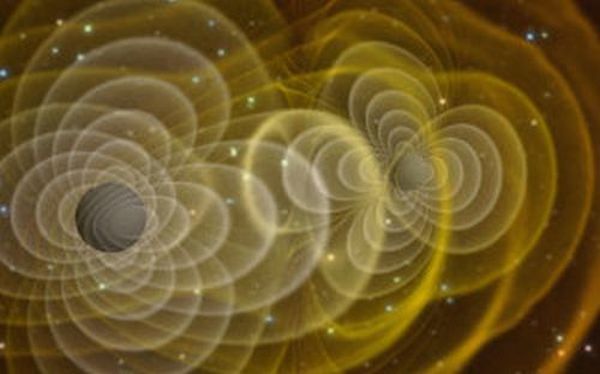 Researchers observed gravitational waves coming from two black holes - extraordinarily dense objects whose existence also was foreseen by Einstein - that orbited one another, spiralled inward and smashed together.

The waves were the product of a collision between black holes 30 times as massive as the Sun, located 1.3 billion light years from Earth.

Read more from 'Our Changing World'

The scientific milestone was achieved using a pair of giant laser detectors in the United States, located in Louisiana and Washington state, capping a long quest to confirm the existence of these waves.

The collaboration operates a number of labs around the world that fire lasers through long tunnels, trying to sense ripples in the fabric of space-time.

Expected signals are extremely subtle, and disturb the machines, known as interferometers, by just fractions of the width of an atom.

But the black hole merger was picked up by two widely separated LIGO facilities in the United States.

Like light, gravity travels in waves, but instead of radiation, it is space itself that is rippling. Detecting the gravitational waves required measuring 4km laser beams to a precision 10,000 times smaller than a proton.

The two laser instruments, which work in unison, are known as the Laser Interferometer Gravitational-Wave Observatory (LIGO).

They are able to detect remarkably small vibrations from passing gravitational waves.

After detecting the gravitational wave signal, the scientists said they converted it into audio waves and were able to listen to the sounds of the two black holes merging.

"We're actually hearing them go thump in the night," MIT physicist Matthew Evans said. "We're getting a signal which arrives at Earth, and we can put it on a speaker, and we can hear these black holes go, 'Whoop.' There's a very visceral connection to this observation."

The scientists said they first detected the gravitational waves on 14 September last year.

The pattern of gravitational waves detected in September 2015.

"We are really witnessing the opening of a new tool for doing astronomy," MIT astrophysicist Nergis Mavalvala said in an interview.

"We have turned on a new sense. We have been able to see and now we will be able to hear as well."

Einstein in 1916 proposed the existence of gravitational waves as an outgrowth of his ground-breaking general theory of relativity, which depicted gravity as a distortion of space and time triggered by the presence of matter.

But until now scientists had found only indirect evidence of their existence.

Mark Hannam from Cardiff University, who is part of the research team, told Morning Report the discovery will deepen scientists understanding of the universe.

He says scientists had been watching the universe like a silent movie, and now they would be able to turn on the soundtrack.

By studying gravitational waves they also hope to gain insight into the nature of the very early universe, which has remained mysterious.

Everything we know about the cosmos stems from electromagnetic waves such as radio waves, visible light, infrared light, X-rays and gamma rays.

But because such waves encounter interference as they travel across the universe, they can tell only part of the story.

Gravitational waves experience no such barriers, meaning they can offer a wealth of additional information.

Black holes, for example, do not emit light, radio waves and the like, but can be studied via gravitational waves.