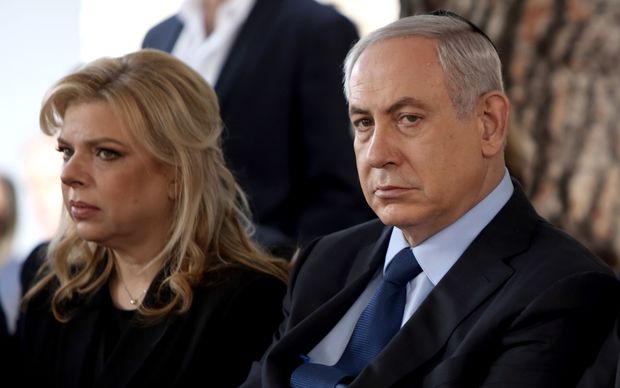 The court accepted Meni Naftali's claim that he had been insulted and verbally abused, and awarded him 170,000 shekels ($NZ65,738) in compensation.

Sara Netanyahu had called the claims lies, saying she was civil with staff.

The prime minister's office did not offer any immediate comment on the ruling.

It has rejected past allegations of abuse against Mrs Netanyahu as "evil, skewed gossip".

An earlier case, where Mrs Netanyahu was accused of being abusive towards a housekeeper, was settled out of court.

In its ruling, the labour court found that testimony by Mr Naftali and other employees, alleging mistreatment by Mrs Netanyahu, had been credible.

The testimony pointed to "abusive employment conditions at the prime minister's residence as a result of Mrs Netanyahu's behaviour and her attitude," the court said.

"These included exaggerated demands, insults, humiliation and angry outbursts," according to the 40-page verdict.

Mr Naftali said Mrs Netanyahu had once called him at 3am on one occasion to scold him for buying milk packaged in a plastic bag rather than a carton.

On another occasion, he said, she threw a vase of day-old flowers on the floor, telling him that they were not fresh enough, the Associated Press news agency reported.

Mr Naftali resigned in 2012 after working at the Netanyahus' Jerusalem home for 20 months.