Harry Potter fans will be able to get their hands on the script for a new stage play when it is published later this year. 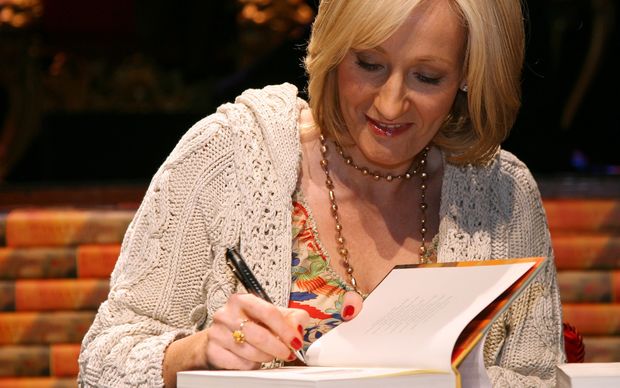 A special hardback edition of Harry Potter and the Cursed Child Parts I & II will be released after it debuts on stage in the United Kingdom in July.

The two-parter sees Harry as a father of three and an overworked employee of the Ministry of Magic.

The play comes from an original new story by JK Rowling, Jack Thorne and John Tiffany.

The script's ebook will be published simultaneously with the print editions.

David Shelley, chief executive of the publishers Little, Brown Book Group said: "We are so thrilled to be publishing the script of Harry Potter and the Cursed Child.

"JK Rowling and her team have received a huge number of appeals from fans who can't be in London to see the play and who would like to read the play in book format - and so we are absolutely delighted to be able to make it available for them."

The special rehearsal edition of the script book will comprise the version of the play early in the production's preview period and is therefore subject to being changed before the official opening.

Previews of Harry Potter and the Cursed Child begin in May at the West End's Palace Theatre, with both plays set to open on 30 July. The hardback and ebook will go on sale at one minute past midnight the next day.

Harry Potter and the Cursed Child will tell the "untold part" of the boy wizard's story, including the story of the lives of his murdered parents, Rowling has said.

Jamie Parker, currently starring in the West End show Guys and Dolls, will star as an adult Harry in the production, set 19 years after JK Rowling's books.

Noma Dumezweni, known for her 2006 Olivier Award-winning role in A Raisin in the Sun and for stepping in at the last minute to replace Kim Cattrall in Linda at the Royal Court, will play Hermione Granger.

The play was first announced in December 2013, after the author said she had "received countless approaches" over the years "about turning Harry Potter into a theatrical production".