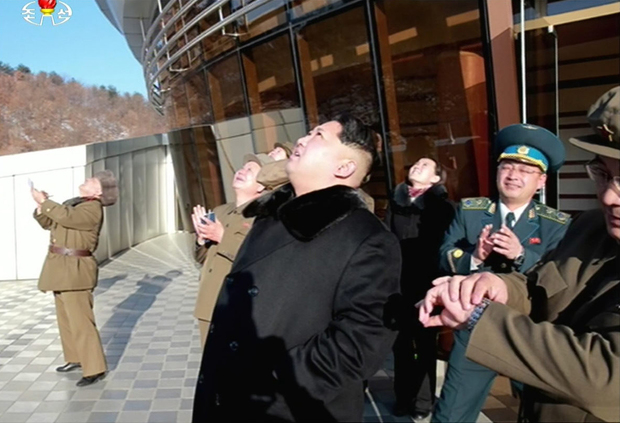 The emergency UN meeting was requested by South Korea, Japan and the US to agree on a collective response to the launch.

US Ambassador to the UN Samantha Power said Washington would "ensure that the Security Council imposes serious consequences" on Pyongyang.

"There can be no business as usual," she added.

Her words were echoed by Japanese envoy Motohide Yoshikawa.

Venezuela's ambassador said the Security Council would to take "significant measures" in response to Pyongyang's violations of UN resolutions.

North Korea said it fired the rocket to place a satellite in orbit, but critics believe the real purpose was to test a ballistic missile. 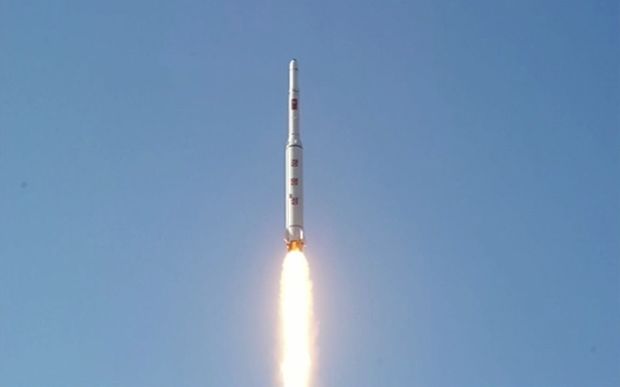 The launch was hailed by North Korean media as a "fascinating vapour... trailing in the clear and blue sky in spring of February on the threshold of the Day of the Shining Star".

A statement said a new Earth observation satellite, Kwangmyongsong-4, had successfully been put into orbit less than 10 minutes after lift-off from the Sohae space centre in North Phyongan province.

Hailing it as part of the country's peaceful space programme, a state TV newsreader said the launch had been ordered by North Korea's leader Kim Jon-un and more satellite launches were planned for the future.

South Korean MPs were told by the country's spy agency later on Sunday that the launch should be treated as a ballistic missile test as the satellite it put into orbit would be useless.

The payload was presumed to weigh 200kg, double the size of the one launched in 2012, but much lighter than the 800-1500kg usual for a satellite.

The MPs were also reportedly told that North Korea had the technology for intercontinental ballistic missiles and was preparing a fifth nuclear test. 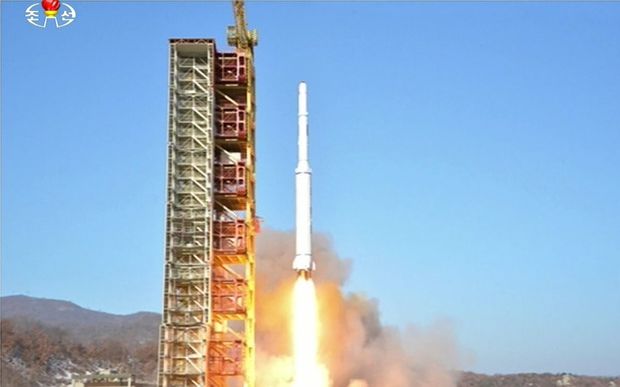 China - a key ally of Pyongyang's - earlier said it regretted North Korea's actions but urged "the relevant parties" to "refrain from taking actions that may further escalate tensions on the Korean peninsula".

North Korea last fired a long-range rocket in 2012 to put, what it said was, a communications satellite into orbit. But experts say no signal has ever been detected.

UN Security Council resolutions ban the state from carrying out any nuclear or ballistic missile tests.

The North insists its space programme is purely scientific in nature but the US, South Korea and even China say the rocket launches are aimed at developing inter-continental ballistic missiles.