Five Czech skiers have been killed in a huge avalanche in Austria's skiing region of Tyrol. 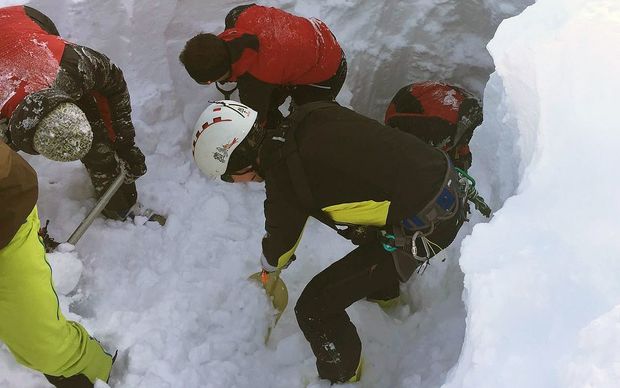 Rescuers search for a group of people buried by an avalanche in western Austria. Photo: AFP

The avalanche, in a valley about 40 kilometres southeast of Innsbruck, buried about a dozen people.

Tyrol police said 27 people in two ski tour groups were caught up in the avalanche on the Junsjoch mountain near the Wattental valley, south of Innsbruck.

The snow slide was said to have been 1.6 kilometres wide and about 4.8 metres high.

Some of the skiers managed to dig themselves out while others were rescued.

The injured have been taken to hospitals.

It was one of 19 avalanches reported in Tyrol on Saturday. There were no other fatalities, but several people were reported injured.

The entire skiing region had been on a level three avalanche alert, out of a maximum five.

There have been several deadly avalanches in the French Alps this skiing season.

Two French teenage students and a Ukrainian tourist were killed on 14 January when a teacher took students onto a closed piste at the Deux-Alpes resort.

Four days later, five French Foreign Legion soldiers died near the resort of Valfrejus, and another died later in hospital.