Veteran British broadcaster Sir Terry Wogan has died of cancer at the age of 77.

The Irish-born radio and TV host died "after a short but brave battle with cancer", his family said in a statement. "He passed away surrounded by his family." 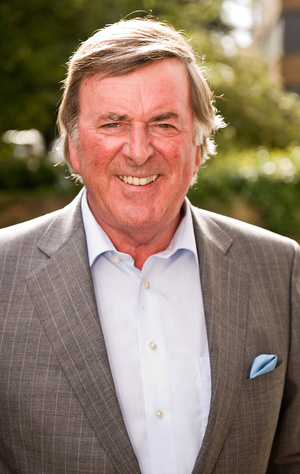 Sir Terry had a 50-year career on UK radio and television, including presenting Wake up to Wogan on BBC Radio 2 and the Wogan chat show on BBC1.

He was the voice of Eurovision in the UK for many years and had been involved in the BBC's Children in Need telethon appeal since it began in 1980.

"He was a lovely, lovely man and our thoughts are with his wife and family. For 50 years Sir Terry graced our screens and airwaves. His warmth, wit and geniality meant that for millions he was a part of the family."

Sir Terry originally went into banking after college before switching careers to join Ireland's national Radio Eireann as a newsreader and announcer.

He moved into light entertainment, as a DJ and host of TV quiz and variety shows in Ireland, before joining the BBC, where he would stay for the rest of his career.

He built up a firm fanbase, dubbing his audience the TOGs, or Terry's Old Geezers and Gals.

When he broadcast at breakfast for the final time, he told listeners: "The years together with you have not only been a pleasure but a privilege. You have allowed me to share your lives with you.

"When you tell me how important I have been in your lives it's very moving. You have been every bit as important in mine."

Graham Norton, who took over as Eurovision commentator from Sir Terry, said he had "made it seem effortless".

He made it seem effortless and for a young boy in Ireland he made it seem possible. RIP Sir Terry Wogan. I'll raise a glass during song 9.

Current breakfast show host Chris Evans wrote: "We are all so terribly sad upon hearing of the passing of Terry. I can't put into words how the whole Radio 2 family is feeling."

Sir Terry is survived by wife Helen and three children.