A former New Zealand-based broker has been cleared by a London jury of conspiring with a convicted trader to rig Libor interest rates. 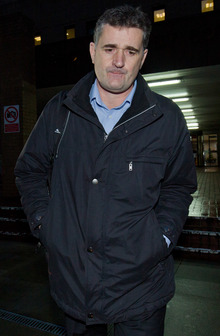 Darrell Read, 50, a former broker at ICAP, was on Thursday found not guilty by a majority verdict at the end of a marathon four-month trial.

The six men had been charged with conspiracy to defraud by rigging the London interbank offered rate (Libor), which helps determine borrowing costs for about $US450 trillion of contracts and consumer loans worldwide.

The final verdict deals a significant blow to the Serious Fraud Office (SFO) after a marathon, four-month trial that has prompted some lawyers to urge the agency to re-examine its evidence in two other prosecutions of people for alleged financial benchmark rigging.

SFO head David Green said on Wednesday, after the first five acquittals were announced, that he stood by the prosecution and that "nobody could sensibly suggest that these charges should not have been brought and considered by a jury."

The world's third Libor trial comes more than seven years after US regulators first examined how Libor rates were set, sowing the seeds of a global inquiry that led to authorities fining leading banks and brokerages $US9 billion, charging about 30 people and overhauling how financial benchmarks are policed.

It was held after the conviction of Hayes, a former star UBS and Citigroup trader, who was jailed for 14 years in August for conspiracy to rig Libor. His sentence was reduced to 11 years on appeal.