French police have arrested a man carrying two guns at an entrance to a hotel at Disneyland Paris. 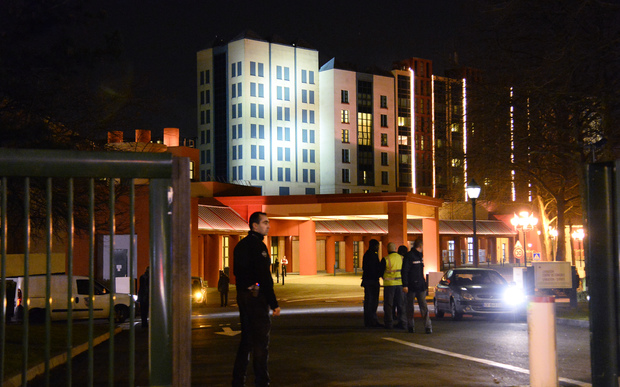 Police stand guard at the Dinseyland hotel where a man was arrested. Photo: AFP

The man, reportedly aged 28 and not known to security services, was also discovered with a copy of the Koran and a box of ammunition, police said.

His bag reportedly triggered metal detectors as he entered the New York Hotel at the much-visited theme park.

France remains in a state of emergency following the deadly attacks in Paris in November last year.

Islamic State (IS) said it carried out the co-ordinated assaults that left 130 people dead. 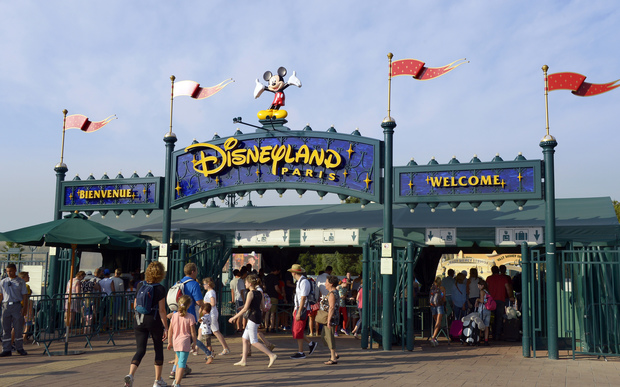 At Disneyland Paris, the armed man's girlfriend was also arrested but was unarmed, according to French media.

There has been no official comment from Disneyland Paris but the park remains open.

French President Francois Hollande is seeking to extend the country's three-month state of emergency for another three months, despite opposition from rights groups.

Little is known about the suspect. One police source told the AFP agency the investigation did not point to terrorism, and that the man said he was carrying the weapons for self-protection.

Earlier this week, EU policing agency Europol warned that IS was planning further attacks, with France and so-called "soft" targets at particular risk.