In Australia, the Catholic Church is in damage control after one of its lawyers demanded a child sex abuse survivor repay an out-of-court settlement because she spoke to the media about her case. 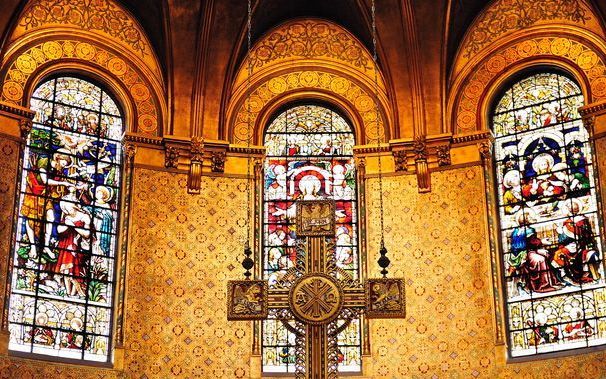 Lawyers for the Diocese of Wagga Wagga also sought a public apology from the woman for "untruths" she told to the local newspaper.

But the ABC reports the Bishop of Wagga Wagga said he did not instruct the lawyer to make the demands and he would not be pursuing abuse survivor Gina Swannell for the money.

Ms Swannell said she was repeatedly abused by a priest when she was six years old at a church in Urana, west of Wagga Wagga.

At the time, she was a boarder at the nearby St Francis Xavier school.

Ms Swannell was one of the original campaigners for the Royal Commission into Institutional Responses to Child Sexual Abuse. In 2013, she was one of the first to give evidence to the commission in private hearings.

She later decided to sue the church and the order of nuns which ran the school in the NSW Supreme Court.

She alleged the late Father Charles Holdsworth sexually abused her eight or nine times in the confessional box of St Fiacre's Church, Urana.

In November she received an out-of-court settlement.

Last week, Ms Swannell spoke again to the ABC and The Daily Advertiser in Wagga Wagga about the settlement.

Days later she received a letter from a lawyer for the Diocese of Wagga Wagga, who branded her comments to the newspaper as "complete rubbish" and demanded the settlement money back.

In the letter, Tim Abbott from Walsh and Blair lawyers stated: "Your client has clearly breached the nondisclosure condition and [we] therefore request that she return the settlement funds within seven days."

Ms Swannell said the letter had re-traumatised her at a time when she was hoping to get her life back on track.

She denies that she breached the terms of settlement.

"The only thing I agreed to is not to disclose the amount of money," Ms Swannell said.

"Should I have agreed to accept money and stay quiet, that to me would have been a bribe."

Ms Swannell said she felt like she had been kicked in the stomach when she read the letter.

Francis Sullivan, from the church's Truth, Justice and Healing Council, said the letter was "ham-fisted" and did not reflect the pastoral approach of the church on child sexual abuse matters.

Mr Sullivan said he had spoken to the Bishop of Wagga Wagga, Gerard Hanna, and was pleased that he had told him the diocese would not be pursuing Ms Swannell for the money.

The bishop later said the lawyer had acted "independently" in making the demands because the bishop was away on holidays at the time.

He said he intended the retain the services of the lawyer but in future, the diocese would review his letters to ensure he did not go "over the top".