The UK has accused Russia of an unacceptable breach of international law after an inquiry in the UK found President Vladimir Putin probably approved the assassination of a former Russian spy. 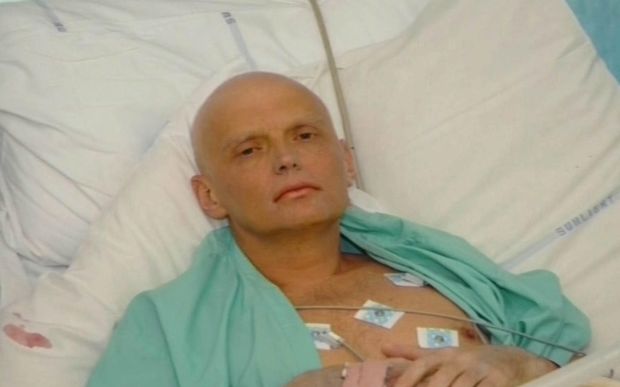 Alexander Litvinenko died in London in 2006 after being poisoned with radioactive polonium-210. Photo: Dreamscanner / The Kobal Collection

UK Prime Minister David Cameron said his country was taking further action as a result of the report into the murder of Alexander Litvinenko in London in 2006.

"This report confirms what we've always believed which is it was state sponsored action and that's why the last government took the action of expelling Russian diplomats, of issuing arrest warrants, of refusing to cooperate with Russian intelligence agencies, what we've added today rightly is further asset freezes."

Home secretary Theresa May described the murder as a blatant breach of international law.

But the findings have been dismissed by Moscow.

The Russian Foreign Ministry said the public inquiry was politicised.

The Russian ambassador in London was summoned to the foreign office so the British government could express what it called its profound displeasure at Russia's failure to cooperate in the case.

"The length of time that it took to close this case in this way makes us to believe it to be a whitewash of the British special services incompetence. For us it's absolutely unacceptable that the report concludes that the Russian state was in any way involved in the death of Mr Litvinenko."

In his long-awaited report British judge Robert Owen concluded there was a strong probability President Putin approved a plan by his country's secret service to assassinate the ex-Russian spy.

The chair of the independent inquiry was certain Mr Litvinenko was given tea laced with a fatal dose of radioactive polonium-210 at a London hotel.

Two Russian men, Andrei Lugovoi and Dmitry Kovtun, have been accused of Mr Litvinenko's murder. They both deny killing him.

Both are wanted in the UK for questioning, but Russia has refused to extradite them. 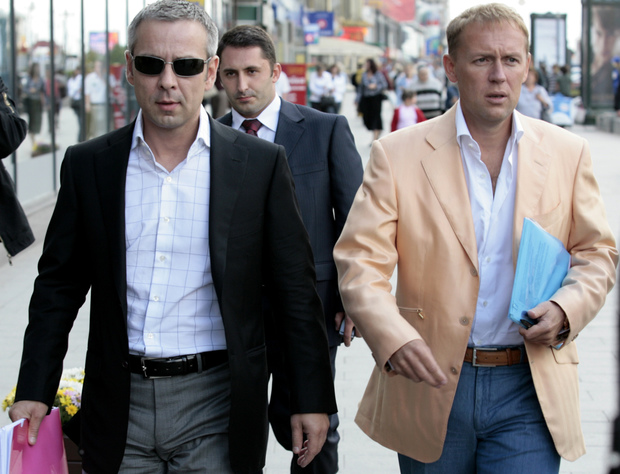 Singling out then-FSB chief Nikolai Patrushev, alongside Mr Putin, Sir Robert wrote in the 300 page report: "Taking full account of all the evidence and analysis available to me I find that the FSB operation to kill Litvinenko was probably approved by Mr Patrushev and also by President Putin."

Responding to the report, Mr Lugovoi, who is now a politician in Russia, said the accusations against him were "absurd", the Russian news agency Interfax was quoted as saying.

"As we expected, there were no surprises," he said.

"The results of the investigation made public today yet again confirm London's anti-Russian position, its blinkeredness and the unwillingness of the English to establish the true reason of Litvinenko's death." 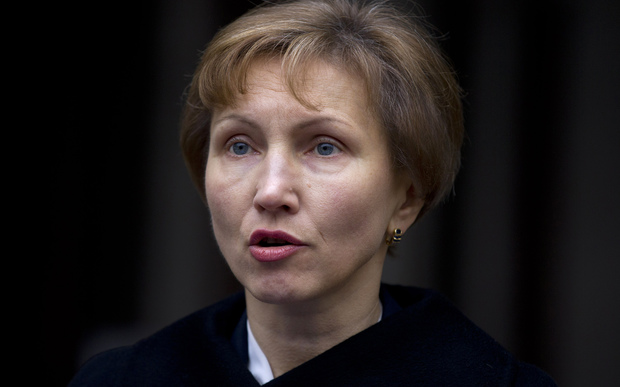 Mr Litvinenko's widow Marina said she was "very pleased" with the report.

Speaking outside London's High Court, she said: "The words my husband spoke on his deathbed when he accused Mr Putin have been proved by an English court."

Mrs Litvinenko called on the UK to expel all Russian intelligence operatives, to impose economic sanctions and for travel bans on individuals, including Mr Putin.

Sir Robert said Mr Litvinenko's work for British intelligence agencies, his criticism of the FSB and Mr Putin, and his association with other Russian dissidents were possible motives for his killing.

There was "undoubtedly a personal dimension to the antagonism" between Mr Putin and Mr Litvinenko, he added.

"I am satisfied that in general terms, members of the Putin administration, including the president himself and the FSB, had motives for taking action against Litvinenko, including killing him, in late 2006," Sir Robert wrote.

The use of polonium-210 was "at the very least a strong indicator of state involvement" as it had to be made in a nuclear reactor, the report said.

The inquiry heard evidence that Mr Litvinenko might have been consigned to a slow death from radiation to "send a message".