South Australia's premier has apologised to a gay British widower after state authorities refused to recognise his marriage. 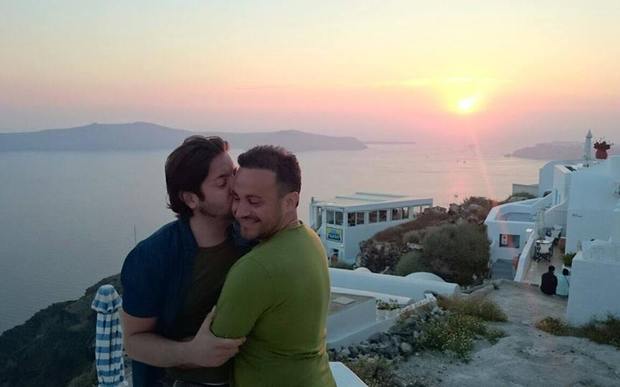 Briton David Bulmer-Rizzi, 32, died on Saturday after falling down stairs while on honeymoon in Adelaide.

His husband Marco Bulmer-Rizzi, 38, was unable to plan a funeral as the state did not recognise him as next-of-kin.

The men, who lived in Sunderland, legally married in London last year. But South Australia does not currently recognise same-sex marriages, even foreign ones, as legal partnerships.

South Australia Premier Jay Weatherill said he had phoned the widower to express his sorrow over his treatment.

"He told me that in a range of ways he felt disrespected by a number of authorities that he was associated with, not all government some of them in government, and I expressed my apology for that behaviour," Mr Weatherill said.

"I also committed myself to putting before the South Australian parliament measures that would prevent this from happening again."

"It's almost a good day - if it weren't for everything else," he told Buzzfeed.

"I don't know if David would even believe it. The fact that through him maybe this is never going to happen to somebody else is such a good thing."

Getting married in Australia

"Ultimately this is about recognition of same sex marriage and there are so many things that flow from that such as basic acceptance in our community," he said.

"This will only be properly dealt with once we have same-sex marriage legislation at the federal level."

The sentiment was echoed by gay rights groups.

"I urge the federal government to follow South Australia's lead and ensure there is no discrimination against same-sex couples married overseas, be they travellers like Marco and David or Australian residents," Australian Marriage Equality's Rodney Croome said in a statement.