Amnesty International has called for an investigation into possible war crimes in the battle against Islamic State (IS) militants in northern Iraq. 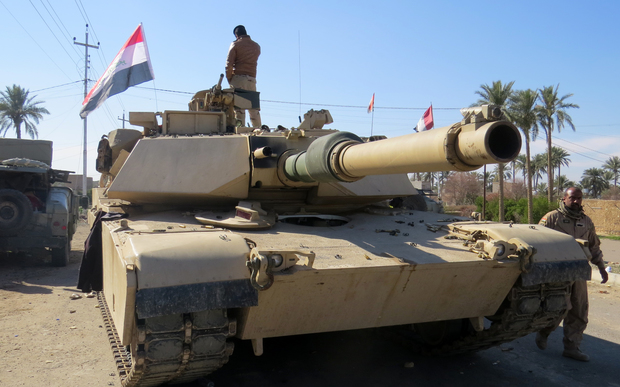 Both the Kurdish and Islamic fighters are suspected of war crimes.

Some 3.2 million people have also been displaced internally over the same period, according to a new report.

The UN accused so-called IS of systematic and widespread violence, including holding some 3500 people, mainly women and children, as slaves.

UN High Commissioner for Human Rights Zeid Raad Al Hussein said the report "starkly illustrates what Iraqi refugees are attempting to escape when they flee to Europe and other regions. This is the horror they face in their homelands".

The report, by the United Nations Assistance Mission for Iraq and the Office of the High Commissioner for Human Rights, was based on interviews with the displaced and direct testimony from victims, survivors or witnesses of rights abuses.

In particular, the figures from the conflict-torn western province of Anbar, much of which is held by IS, might not fully reflect the situation.

About half of the deaths were recorded in Baghdad province and improvised explosive devices (IEDs) were the deadliest tactic used against civilians.

Nevertheless, the figures for civilian deaths are still significantly below those recorded at the height of the sectarian insurgency in Iraq in 2006 and 2007.

Documented cases of IS abuse in 2015