A 68-year-old woman is recovering from surgery in Darwin after losing part of her lower right arm, including her hand, in a crocodile attack in Western Australia's far north. 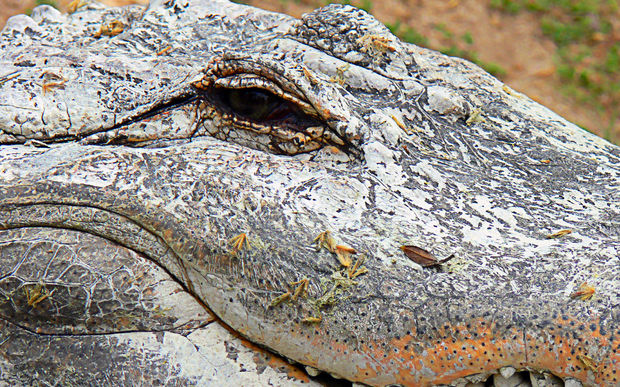 The woman - a local from Wyndham - was attacked near a caravan park at the WA town, and was flown across the border to Darwin last night.

She also suffered several puncture wounds to her left leg.

The woman had surgery this morning and is in a stable condition in the Royal Darwin Hospital.

St John Ambulance's Craig Garraway said the woman was walking along the banks of Three Mile Creek when the attack happened yesterday afternoon.

"It would have been a horrible experience and it appears the crocodile came out of the water and then got hold of her and she's been very lucky to survive," Mr Garraway said.

WA Parks and Wildlife Rangers were unable to catch the crocodile last night and will now set traps around the area.

Department of Parks and Wildlife district officer Peter Carstairs said the reptile would be destroyed if found.

"There has been a destruction permit issued, either by shooting or removal with a harpoon," Mr Carstairs said.

"In this circumstance we have to remove this animal because it's a threat to human safety."

Mr Carstairs said people should not enter the area as it was full of crocodiles.

"You've got the salt water meeting the fresh water so it's an area of high abundance," he said.