Media magnate Rupert Murdoch has announced his engagement to former model Jerry Hall in a classified ad in one of his biggest newspapers. 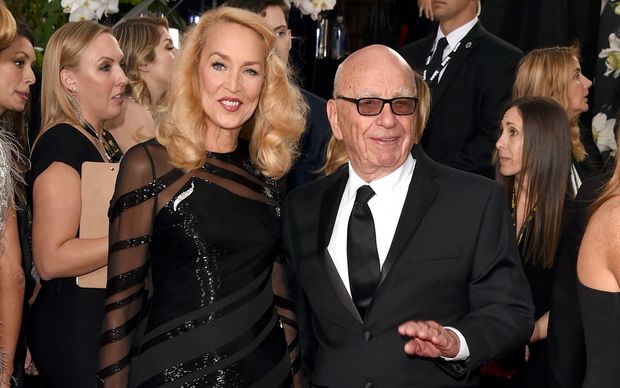 The pair has been a couple for about four months.

Murdoch, 84, who still serves as executive chairman of News Corporation, announced the news on the Births, Marriages and Deaths page of his The Times newspaper.

It will be the fourth marriage for Murdoch after he ended his 14-year marriage to Wendi Deng two years ago.

Murdoch reportedly proposed during the weekend to Hall, 59, while in Los Angeles for the Golden Globes, although there was no visible ring on her hand when they attended the ceremony yesterday.

The pair were introduced by his sister and niece in Australia in October.

Hall's 20-year relationship with Rolling Stones frontman Mick Jagger, with whom she has four children, ended in 1999.

Murdoch has six children from his previous marriages.