A toilet that does not need water, a sewage system or external power but instead uses nanotechnology to treat human waste, produce clean water and keep smells at bay is being developed by a British university. 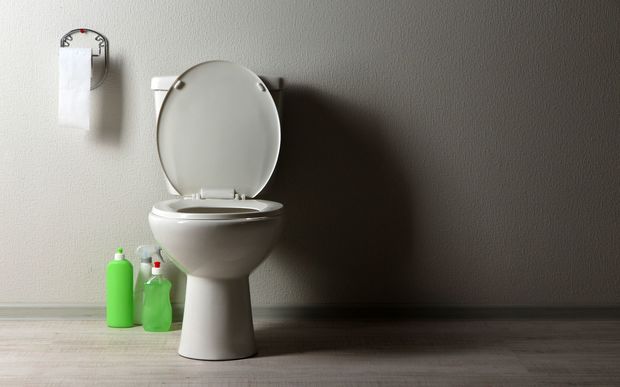 The humble toilet has remained relatively unchanged for many years, but a new design could change the whole business of waste disposal. Photo: 123rf.com

The innovative toilet uses a rotating mechanism to move waste into a holding chamber containing nano elements. The mechanism also blocks odours and keeps waste out of sight.

"Once the waste is in the holding chamber we use membranes that take water out as vapour, which can then be condensed and available for people to use in their homes," Alison Parker, lead researcher on the project, told the Thomson Reuters Foundation.

"The pathogens remain in the waste at the bottom of the holding chamber, so the water is basically pure and clean."

Cranfield University is developing the toilet as part of the global "Reinvent the toilet Challenge" launched by the Bill and Melinda Gates Foundation.

Nanotechnology is the science of creating and working with materials about one nanometer wide, or one-billionth of a metre. A human hair is about 80,000 nanometres wide.

Ms Parker said that despite "significant" interest from developed countries, the toilet is being designed with those in mind who have no access to adequate toilets.

According to the U.N. children's agency UNICEF and the World Health Organization (WHO) 2.4 billion people, mostly in rural areas, live without adequate toilets.

Poor sanitation is linked to transmission of diseases such as cholera, diarrhoea, dysentery, hepatitis A, typhoid and polio.

Cranfield University said its toilet was designed for a household of up to 10 people and will cost just $0.05c per day per user.

A replaceable bag containing solid waste coated with a biodegradable nano-polymer which blocks odour will be collected periodically by a local operator, it says.