Ten people have been killed in an attack on an Indian air force base close to the border with Pakistan, reports say. 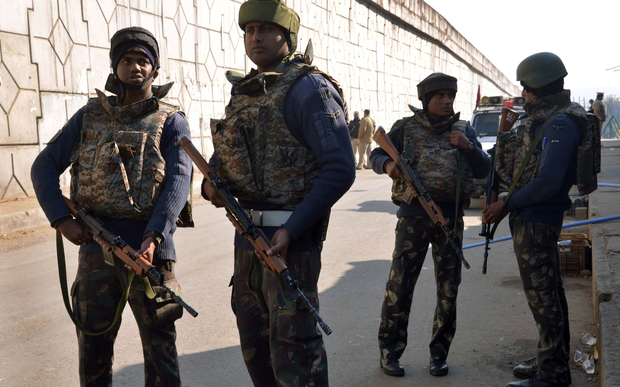 Indian security personnel stand alert on a road leading to an airforce base in Pathankot Photo: AFP

Six Indian security personnel were killed and the bodies of four militants have been recovered after the assault on the heavily fortified Pathankot air base in the northwestern state of Punjab.

The incident came days after Indian and Pakistani leaders Narendra Modi and Nawaz Sharif met in Lahore to launch a surprise peace initiative.

The state of Punjab and neighbouring Jammu were on high alert and all defense bases had been sealed.

"Attacking an air base is a serious security threat. The new strategy of the terrorists is to identify defense bases near the border and launch attacks," said the home ministry official.

The base is on the main highway leading to Indian-administered Kashmir.

The gunmen wore Indian military uniforms and drove a hijacked car when they launched the attack on Friday evening (local time).

They entered living quarters at the base, but were contained there and so were unable to cause any damage to military hardware, said air force spokeswoman Rochelle D'Silva.

On Saturday morning, fresh gunfire was heard and a helicopter seen firing at an area inside the base. 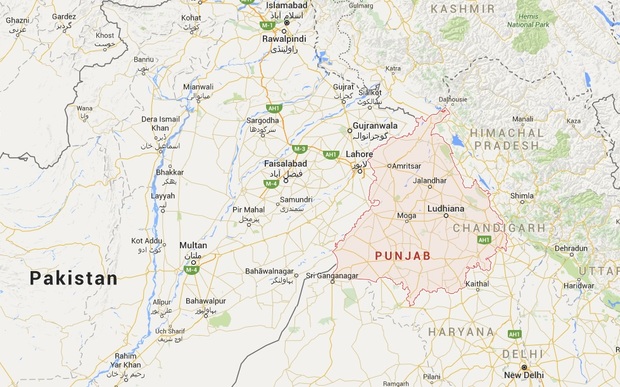 BBC's Sanjoy Majumder in Delhi says it is not yet clear who the attackers are but suspicion is already falling on Kashmiri militant groups based in Pakistan.

However the AFP news agency quoted an unnamed security official as saying he believed the attackers to be from the Jaish-e-Mohammed group.

India said the group is backed by Pakistan, but Islamabad denies this.

In August seven people were killed in a similar attack when gunmen stormed a police station in nearby Gurdaspur district.

The three attackers in Gurdaspur were killed after a 12-hour standoff with police.

Pathankot air force base is about 430km north of the Indian capital, Delhi and is on the road linking Indian-administered Kashmir with the rest of the country.

TV footage showed armed guards outside the heavily fortified air base. Police stepped up vehicle checks in the area.

"Punjab is also a corridor for drug smuggling and we are now realising that several sleeper cells have been activated in Punjab," said one home ministry source, who spoke on condition of anonymity due to the sensitivity of the matter.

The raid resembled an assault last July by gunmen in uniform on a police post in a Punjabi border town that killed nine people.

However, the most recent attack was much more audacious in targeting a large military facility, from which India's Russian-made fleet of MiG-21 fighter jets and Mi-35 attack helicopters fly.

India and Pakistan have fought two wars over Kashmir since independence and partition in 1947. The Muslim-majority region remains a bone of contention that India only recently agreed to discuss after months of on-off attempts to relaunch talks.

"We have seen the same pattern again and again when there are attempts to restart the peace dialogue," said Ajai Sahni, executive director of the Institute for Conflict Management in New Delhi.

"It may lead to a momentary pause in the peace dialogue and attacks from the opposition for not pursuing a harder line but I don't think it will have a long-term impact."