Iraqi forces have retaken a former government compound in Ramadi from where Islamic State (IS) jihadists have been resisting an army offensive, the military has said. 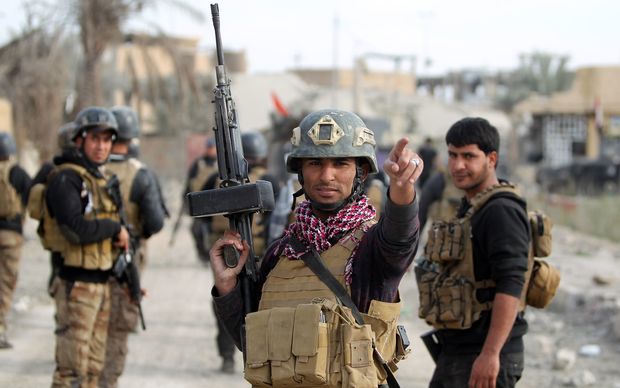 The complex was "under complete control" and there was no sign of IS fighters, a spokesman said.

He said this heralded the defeat of IS in the city, although he admitted there could be pockets of resistance.

The government has been trying to retake Ramadi for weeks.

The mainly Sunni Arab city, about 90km west of Baghdad, fell to IS in May, and was seen as an embarrassing defeat for the army.

In recent days, troops have been picking their way through booby-trapped streets and buildings as they pushed towards the city centre, seizing several districts on the way.

After sniper fire from the compound stopped and aerial surveillance detected no human activity, Iraqi soldiers moved in.

Military spokesman Sabah al-Numani told Reuters: "The complex is under our complete control, there is no presence whatsoever of [IS] fighters in the complex.

"By controlling the complex this means that they have been defeated in Ramadi. The next step is to clear pockets that could exist here or there in the city."