Britain's Meteorological Office issued two of its most severe weather warnings on Saturday after days of torrential rain in northern England caused rivers to burst their banks and flood several villages. 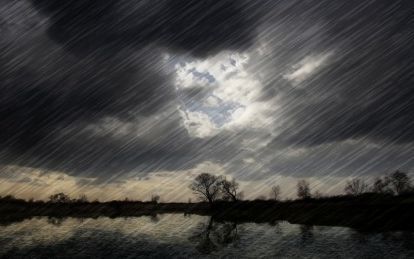 The rare "red" warnings of potential danger to life apply to the counties of Lancashire and Yorkshire, and more than 300 other flood warnings were in place across the country.

Prime Minister David Cameron and heir to the throne Prince Charles have visited areas of Cumbria, northwest England, where the floods first struck earlier this month and troops have been helping reinforce defences against rising water levels.

Dozens of people have been forced to leave their homes in the worst-hit areas and hundreds more have lost electrical power as up to a month's worth of rain has fallen in just days from a succession of storm fronts sweeping in from the Atlantic.

Forecasts for the area called for the rain to ease over the coming days before more downpours arrive next week.

"Very severe weather conditions are expected," the Met Office said in its red warnings. "Take action to remain safe and protect property. Widespread flooding will lead to severe disruption to travel and danger to life."

Flooding in the western half of England is becoming a regular winter event, and Cameron's critics have accused the government of cutting back or delaying flood defence programs as it tries to bring down the country's budget deficit.

The government denies the charge and says it is increasing real-terms spending on flood protection.