Queen Elizabeth has reflected how light can triumph over darkness the world has seen this year in her annual Christmas message. 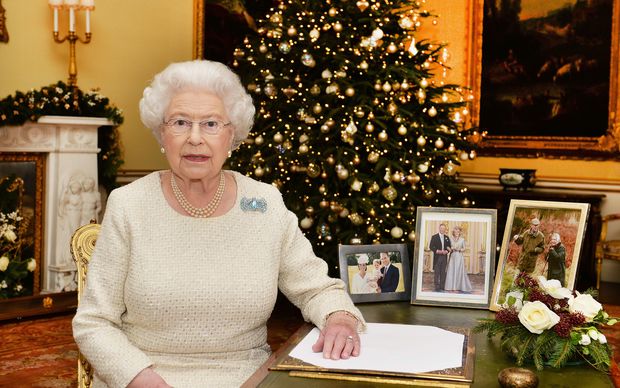 Queen Elizabeth II is pictured after recording her Chistmas Day broadcast to the Commonwealth Photo: AFP

A series of terrorist atrocities have shocked the world during 2015, from the mass shootings and bombings in Paris last month to the gun attack at a Tunisian resort during the summer.

Her Majesty's Christmas address was written by the Queen herself and was one of the few occasions that she expressed her own views with no government involvement.

The Queen read a passage from the bible in her Christmas message to the Commonwealth.

"It is true that the world has had to confront moments of darkness this year, but the gospel of John contains a verse of great hope, often read at Christmas carol services: 'The light shines in the darkness, and the darkness has not overcome it'."

In a year that marked the 70th anniversary of the end of the Second World War, the Queen also renewed thanks for the service and sacrifice of those who took part in the conflict.

The Queen described the festive period as "a time to remember all that we have to be thankful for".

She also gave thanks to "the people who bring love and happiness into our own lives", starting with family.

The Queen recorded her Christmas message while at a desk in Buckingham Palace's 18th Century Room.

She is seen wearing a tweed day dress in white and silver, which was part of an outfit worn for a Diamond Jubilee visit to Wales in 2012.

On her left shoulder is an art deco diamond and aquamarine brooch, previously owned by the Queen Mother.