United States Republican presidential candidate Lindsey Graham is dropping out of the race for his party's nomination. 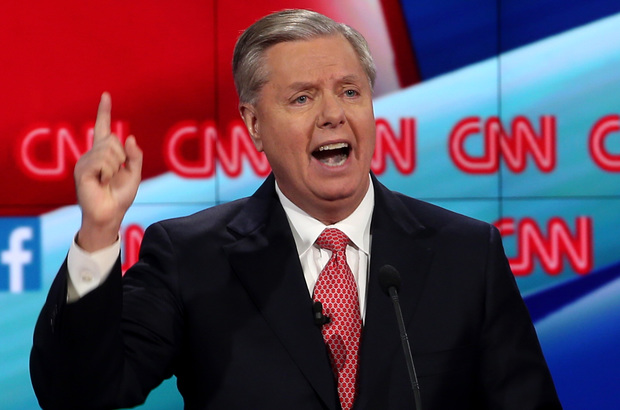 Lindsey Graham has dropped out of the race for the Republican nomination. Photo: AFP

"Today, I'm suspending my campaign for president," the South Carolina senator said in a video posted on YouTube.

The 60-year-old said it had been "a campaign we can be proud of" that was focused on US security.

The senator has performed well in the second-tier televised debates but failed to make an impact in the polls.

When he launched his campaign earlier in the year, the foreign policy hawk emphasised his national security credentials, and he did so again when quitting the race on Monday.

He said the centrepiece of his campaign had been "securing our nation" and he had tried to "turn back the tide of isolationism that has been rising in the Republican Party".

In this he had made enormous progress, he said, because some fellow Republicans had come round to his thinking that more US troops were needed on the ground in Syria and Iraq to fight