The head of the International Monetary Fund (IMF), Christine Lagarde, has been ordered to face trial for negligence while she was finance minister of France 20 years ago. 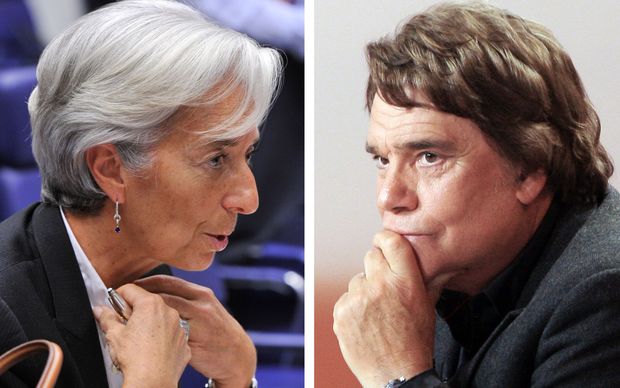 The charge relates to her role in a payout of €404m ($NZ650m) to French businessman Bernard Tapie. Mr Tapie, a former cabinet minister, was granted government compensation over the sale of sports goods company Adidas that he has since been ordered to repay.

The French prosecutor-general said the case would be heard by a court responsible for judging ministers for crimes in office.

The decision to try Ms Lagarde comes despite a prosecutor's recommendation in September to drop investigations against her.

She was finance minister in President Nicolas Sarkozy's government in 2007, at the time of the huge compensation paid to Bernard Tapie for the sale of Adidas.

"Ms Lagarde would like to reaffirm that she acted in the best interest of the French state and in full compliance with the law," she said in a statement. "She shares the prosecutors' view that there is no basis for any charge against her."

Mr Tapie was once a majority shareholder in Adidas but sold it in 1993 in order to become a cabinet minister in Francois Mitterrand's socialist government.

He sued the Credit Lyonnais bank over its handling of the sale, alleging that the partly state-owned bank had defrauded him by deliberately undervaluing the company.

His case was later referred by Ms Lagarde to a three-member arbitration panel which awarded the compensation, causing a public outcry.

Investigators suspect he was granted a deal in return for his support of Mr Sarkozy.

Earlier this month, a French court ruled that Mr Tapie was not entitled to any compensation for that sale and should pay back the €404m, with interest.

France's Court of Justice of the Republic decided that Ms Lagarde should be tried on the charge of "negligence by a person in position of public authority" over the compensation case.

A spokesperson for France's attorney-general said Ms Lagarde would have five days to appeal, once the court decision is made public in the next few days.

Meanwhile, IMF spokesperson Gerry Rice said the organisation - which represents 188 member nations - "continues to express its confidence in the managing director's ability to effectively carry out her duties".