The clean up continues after a savage tornado tore along Sydney's southern coast, ripping off roofs overturning trucks and cutting power. 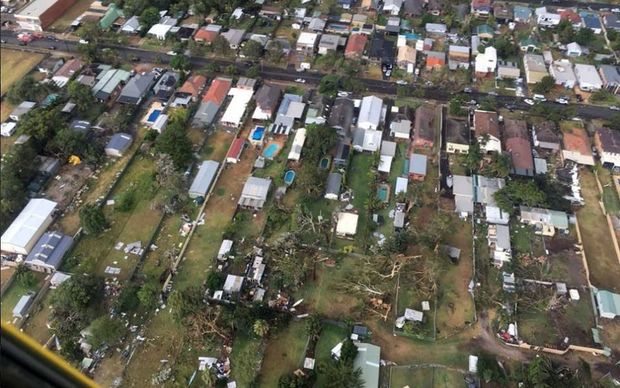 Kurnell, in south Sydney, was one of the worst hit areas. Photo: AAP

Destructive winds measuring up to 213 km/h hit at about 10.30am local time yesterday while some areas were pelted with golf ball-sized hail stones.

Forecaster Michael Logan said the wind speeds recorded were "up there" with the fastest ever registered in the Sydney area.

"We don't get situations like that without it being a tornado. It is what's called a super cell thunderstorm and they're one of the most dangerous thunderstorms we get." 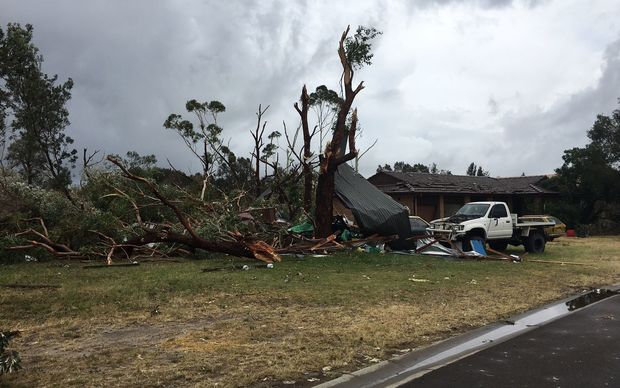 Power and sewerage services were affected in Kurnell, one of the worst-hit areas.

Roofs were ripped off, trucks overturned and about 300 workers were cleared out of the Caltex refinery as a safety precaution when the storms struck.

The Kurnell Public School and nearby desalination plant also had to be evacuated.

Kurnell resident Beverley Bultitude was at home when the tornado hit and said it developed suddenly.

"Outside, it was as black as anything," she told the ABC. "All of a sudden there was a bit of wind and then it hit and when it hit, it hit hard. Everything was just spinning, spinning around ... it was like shrapnel, that's the only way I could describe it." 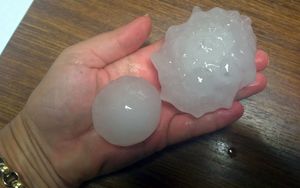 She said she was inside her home at the time as the tornado "roared".

"The noise is all around and you're waiting for every window to come in. It's time for the clean-up now but you just don't know where to start."

About 500 calls for assistance had been made to the State Emergency Service (SES) on Wednesday, with the majority coming from Sydney's south and east.

Emergency services treated people for minor injuries, but no one was seriously hurt.

The SES had 50 teams in the field overnight responding to requests for help in the storm's aftermath.