At least 41 people, most of them police officers, have been killed after a bus fell off a bridge in north-west Argentina, officials say. 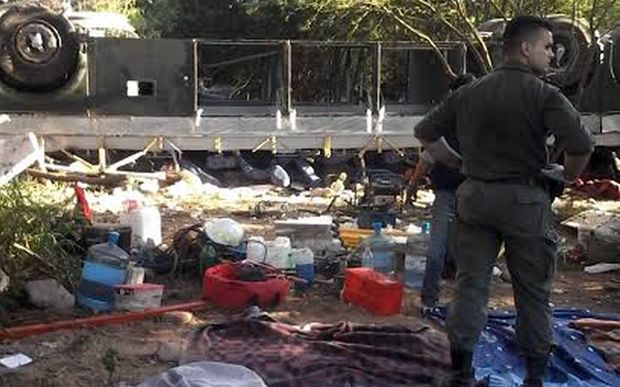 Gendarmerie members at the scene where a bus drove off a bridge in the Salta province, north of Argentina. Photo: AFP

The bus was carrying at least 50 people, most of them members of Argentina's border police, when it came off the road and fell about 20m into a riverbed.

Emergency workers are trying to free a number of trapped passengers.

They said that so far, six passengers had been rescued from the wreck. 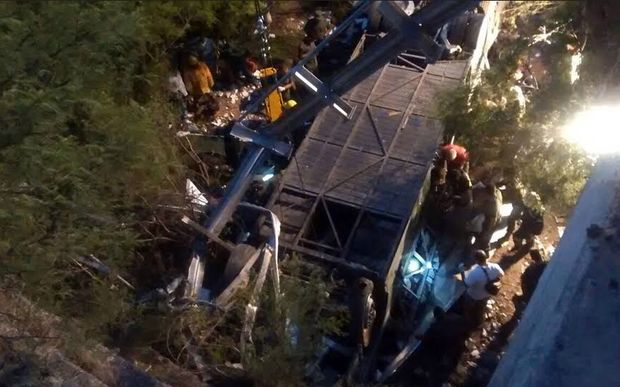 At least 41 police officers died and several more were injured when their bus drove off a bridge. Photo: AFP

The bus came off the road at about 2am local time near the town of Rosario del Fuente in Salta province, police officials said.

It was one of three police buses travelling on national highway 34.

A local police statement said there were indications that one of the bus's tyres had burst and caused the driver to lose control of the vehicle. 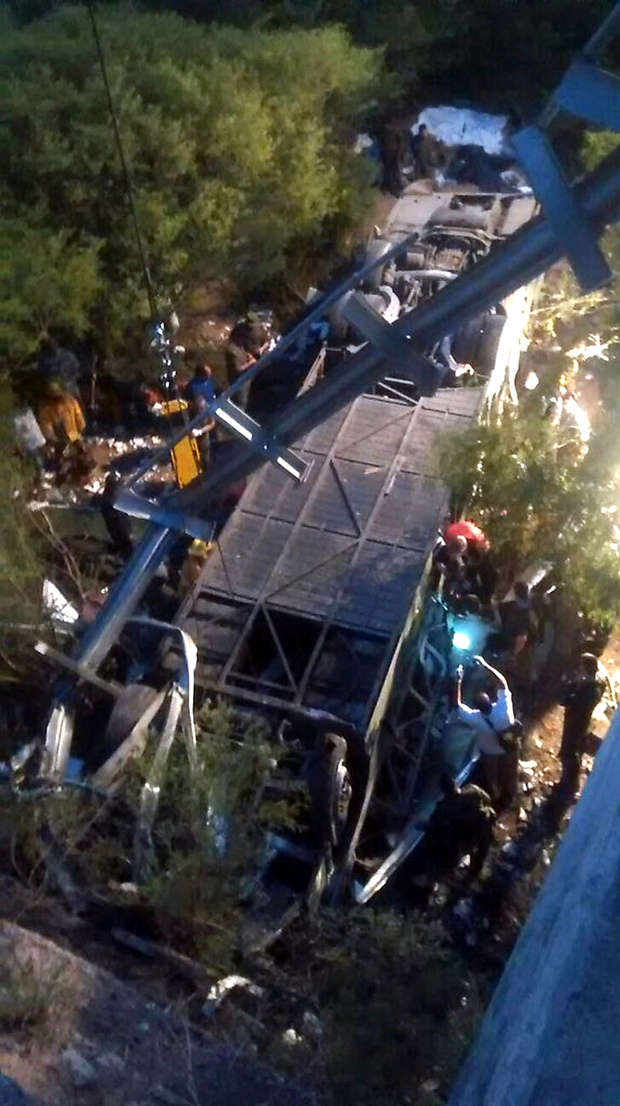 The scene of the fatal crash Photo: AFP