One of China's richest men, Guo Guangchang, has been detained by police. 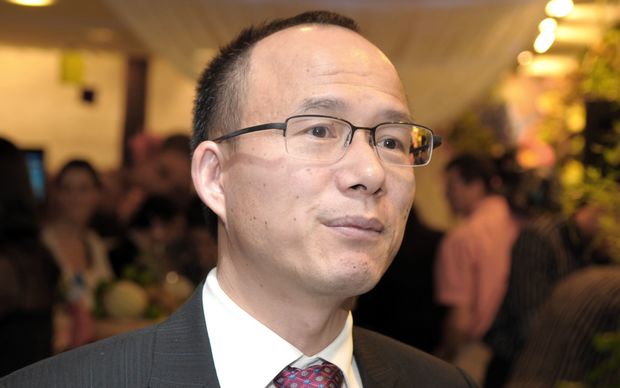 His company, Fosun International, confirmed on Friday that he was assisting authorities with an investigation.

The confirmation followed reports that he had gone missing.

Financial magazine Caixin said that staff at Fosun had been unable to contact Mr Guo since Thursday afternoon.

The company said that its shares would resume trading on Monday.

Fosun said that Mr Guo, 48, who has been described as China's Warren Buffett, was still able to be involved in major decisions.

It was not clear why police had detained him.

Earlier, a source close to the Fosun Group had told the BBC: "It's very likely he's been asked by the Chinese authorities to co-operate in an investigation. He is not being investigated himself."

He declined to speculate about the details of the investigation.

Sally Yim, senior credit officer at Moody's Investors Service, said: "Guo is one of the high-profile Chinese entrepreneurs and this incident will raise eyebrows among foreign regulators, as Fosun has been aggressively expanding its global insurance footprint. But it is too early to say how this incident will impact Fosun's operations."

Mr Guo was linked to a corruption court case in August.

Mr Guo's empire extends across the world, while Forbes magazine estimates his fortune at $US7bn.

Fosun International, the parent company of Shanghai-based Fosun Group, was listed in Hong Kong in 2007.