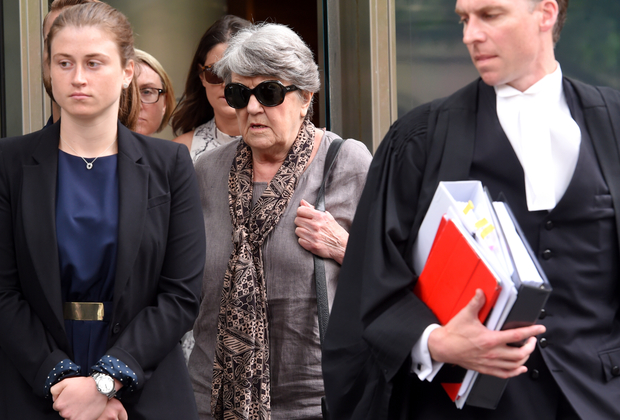 In August, a Melbourne court had ruled she had abused the 14-year-girl at her Melbourne home in 1984.

She was given community service, placed on a sex offenders' register and ordered to undergo a rehabilitation assessment.

Ms Kirkpatrick, 74, had consistently denied the charges of assault and gross indecency with a person under 16.

Judge Geoffrey Chettle said on Tuesday the accusations could not be proved beyond reasonable doubt.

The unnamed victim had told the court said she had organised a meeting with Ms Kirkpatrick through a TV producer while she was a patient in a psychiatric hospital.

She said she had not reported the abuse before because she feared people would call her crazy.

Judge Chettle said Ms Kirkpatrick's reason for inviting the girl for dinner at her home unchaperoned was in line with evidence the actress was a caring person who had helped other young people in the past.

Ms Kirkpatrick broke into tears after the decision was handed down.

Speaking outside court, she thanked her legal team, family and "the hundreds of fans and members of the acting fraternity who have stood by me for the last two years".

"It's been rather difficult, but I am very happy with the result."

Ms Kirkpatrick played a warden called Joan, nicknamed the Freak, in Prisoner, a popular series set in a women's prison.

She later appeared in a host of other Australian TV shows and in 1991 played Marilyn's aunt Jean Chambers in Home and Away. Her most recent role was in a stage production of the musical Wicked.