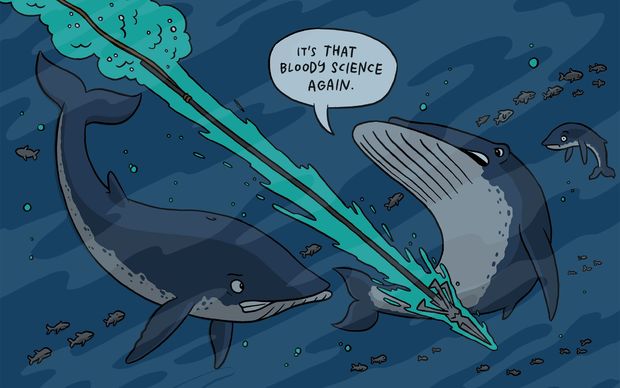 What is this resumed whale hunt of which you speak?

A small fleet of ships yesterday left Japan for the Antarctic Ocean, where it will recommence its whale hunt. The programme in the region was suspended in 2014 for the first time since 1946 following a ruling by the International Court of Justice

What ruling was that?

In a case brought by Australia and supported by New Zealand, the Hague court in March 2014 ruled Japan's whaling programme breached the moratorium on whaling under the International Convention for the Regulation of Whaling, to which Tokyo is a signatory. The whaling was found not to meet the criteria for an exception on a scientific basis and Japan had not adequately considered whether it could be conducted non-lethally.

Is Japan indifferent to international law?

Hell no. Earlier this year Prime Minister Shinzo Abe said: "Japan is a country which values international law and order and the rule of law and therefore Japan will abide by the decision."

I see what you did there. Abe in fact added that the ICJ had confirmed that the whaling convention was intended to ensure the sustainable use of resources. He said: "Based on this, looking at international law and scientific grounds, Japan will engage in research of whaling in order to collect the indispensable scientific information in order to manage the whale resources."

As part of the latest announcement, the Japanese Fisheries Agency has informed the International Whaling Commission that the new plan, which reduces the seasonal catch by two-thirds to 333, is "scientifically reasonable".

What kind of whale will they be hunting?

In 2012, the International Whaling Commission estimated at least 515,000 were out there, which is about the population of Tasmania.

According to the International Whaling Commission, "they are clearly not endangered". There has, however, been "an appreciable decline in their estimated abundance" which may be in part attributed to whaling.

Are the Japanese claims of scientific research plausible?

Japan launched what it called its scientific whaling programme in 1987, a year after the moratorium came into effect. The Fisheries Agency says that as it contemplates sustainable commercial whaling it is "crucial to get information as to whales' migration, reproductive rates and the age pyramid of the population for setting catch quotas".

Critics say it's all a masquerade for commercial operations.

What is the attitude in Japan?

Whaling advocates were appalled by the ICJ outcome, and staged a mass "whale buffet" calling for whaling to continue in spite of the court order. A poll for the Asahi Shimbun newspaper showed 60 percent of Japanese thought the ruling should be defied.

Many Japanese argue that whale meat is part of Japan's food culture, and regard opponents as sentimentalists. Some believe the scientific argument is misguided, and they should instead push the cultural and philosophical case. 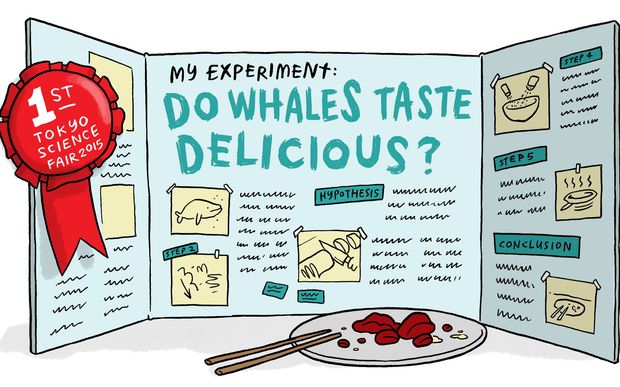 Such as Okira Ozeki, a veteran science journalist, writing in the Asahi Shimbun last year, criticised the government for "hoisting the flag of science'", saying they would be better to focus on quotas granted by the International Whaling Commission "to indigenous communities that consume whale meat" and to "begin by talking about coastal whaling activities with roots in local communities".

It could mean abandoning excursions to the southern seas, and some are sceptical about the cultural-historical case.

Such as Shaun O'Dwyer, an associate professor in Japanese Studies from Meiji University in Tokyo. Writing in the Japan Times, he says Japan has a host of realities to face: "that modern whaling has little to do with the old coastal whaling traditions of some Japanese fishing towns; that apart from a brief postwar consumption boom, whale meat occupies a tiny niche in Japanese cuisine; that cetaceans might be more self-aware than we had thought; and that the Japan Fisheries Agency is using 'scientific whaling' as a cloak for corrupt rent-seeking."

What was that about sentimentalists before?

Opposition to whaling tends to centre on one or both of two premises: that they are endangered and that cetaceans are especially intelligent creatures. In the case of the minke, however, they are not endangered, while western humans routinely dine on other intelligent mammals such as pigs. Some critics wonder whether sentimentality means whales are privileged over other important imperilled species.

Do other countries still hunt whales?

Norway and Iceland continue to whale, in defiance of the moratorium, while the Faroe Islands conduct particularly brutal hunts.

How have Australia and New Zealand responded to Japan's announcement?

Both governments have expressed their "deep disappointment", which they say they'll be communicating to the Japanese leadership. But opposition parties say they should take greater action. The New Zealand Greens argue New Zealand should send Navy ships to oversee the whaling.

And what about protest groups?

Greenpeace and Sea Shepherd have both condemned the resumption, but Sea Shepherd, who have repeatedly clashed with Japanese vessels at sea, has indicated it is unlikely immediately to attempt to disrupt the hunt. The online activist group Anonymous meanwhile has targeted Icelandic government websites in protest at whaling.

Are these Anonymous people to be taken seriously?

You're going off topic. Let's do that another day.

The Japanese are sharpening their harpoons to confront minke whales and international opinion in the Antarctic Ocean - and it's all in the name of science.

Is "sashimi" Japanese for science?